Cuba Regner (unregistered) 13. August 2020 - 22: 15
Number of votes: 59
This campsite knows very well how to market. He advertises 4 stars from the Czech Camping Association and the award of the camp of the year won several times on the Internet. It looks like an amazing camp on the internet. And in reality, it's good, but not amazing. I will say from the beginning that we paid over 700 CZK for two adults, one child, our own tent and car. When we arrived, we looked back at the terrain for camping, chose a place and went to pay for our stay. But here comes the first problem. At the reception they did not warn us that they send most of the stumps to the back of the camp under the Gaudeo guest house, among which this camp is quite famous. And where was the best place where we pitched our tent? Right in that part. At first glance, the camp was excellent. Nothing was missing, beautiful new showers and toilets, lots of restaurants, very beautiful environment, self-service, where they have everything, a nice beach, etc. Well, we are excited. But then it came tonight. Music on one side, music on the other, roaring at three in the morning, those returning from the party and at six in the morning some moron started playing music at full speed. At least the guards intervened. The same thing happened the next night. But on the other hand, I must say that in the "quieter part" of the grove, there was almost peace every night. The camp also has a busy cultural program, summer cinema, live music, etc. This can be a plus for someone. In the restaurant Na Mýtince they cook great in the pizzeria U Karlicky they have great pizza and in the Vietnamese restaurant they make great pho and fried noodles. There is simply nothing missing from this camp. And everything still looks so "European", thanks to quite good branding and visual identity, where they put their logos everywhere and thus create a pleasant impression of the camp as a whole. I would easily give 5 stars, if not for the mistakes of the receptionist, who did not tell us about the division of the camp sectors. In addition, this division should at least be marked on the map of the camp, such as in Nové Mlýny in the Pasohlávky camp. This campsite has basically no minus. Except for the price for which you get a nice camp, but if you like peace, then this will not be a camp for you. But those of you who do not tolerate full observance of the night's peace will be satisfied.
Rating:
4
Average: 4 (1 Vote) 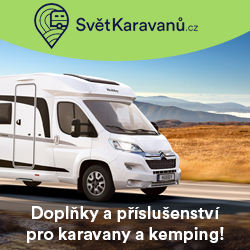