Bohemian Mountains have flooded the snow and so you're wondering where to go for the spring break, whose turnus is not long before.

In our westernmost mountain range - the Ore Mountains, a pile of snow lies in the highest parts of the country. Looks like this year's sports for skiers and cross-country skiers are guaranteed. Want to enjoy your skiing with the utmost comfort and stay away from the slopes? How is it customary in Austria, or rather in France? So to say figuratively jump into the ski boots and take skiing from the pension entrance directly to the funicular? Or maybe just a little bit to come and do not translate by car or skibus? Even in the Ore Mountains where I live, there are accommodation options that offer this comfort. Let us now imagine some of them with my Ore Mountains view. 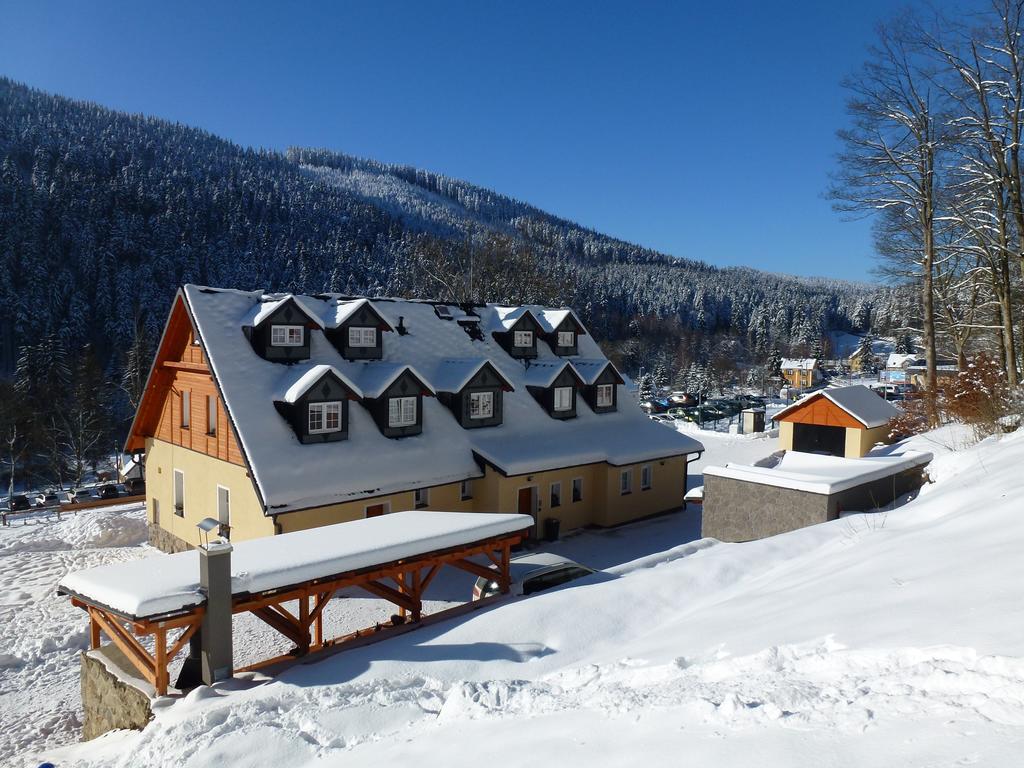 In our new ski resort Plešivec, there are many modern lifts and plenty of downhill runs of all kinds of difficulty. Here you can live almost on the slopes. The first option is to stay in one of the guest houses in the village of Pstruží, from where the four-seat cable car goes up to the top of Plešivec up to 1028 above sea level. In this small village it is especially popular pension Pstruží , which is very well rated, but it is often occupied. Directly from its windows, you can see the cable car from which is some 70m. If you do not have accommodation here, try it in Merklin or Pernink. But there is a car or ski bus needed. On the other side of the ski resort Plešivec you can stay in the cottage Trampská Bouda. Her name might suggest that it is a cabin of moss and fern. It is, however, a pure-bred guesthouse, which is also located directly at that part of the resort, where there are mobile baby's belts and a school for the smallest skiers. Therefore, this accommodation is especially suitable for parents with children. Well, whoever lets it can find vacancies right at the top of the mountain, where the new Orion Hotel is in operation or Mountain hotel Plešivec. Here you really just call skiing and you can jump down. If you are unable to secure your stay in any of the above locations, you can use the accommodation capacities in the nearby village Abertamy or Hreben. Here you do not live right by the slopes, but here are a few Vietnamese evenings, restaurants, parties and other services. In addition, for cross-country skiers there is the possibility to go to the slopes, to jump right behind the guesthouse to the cross-country ski trail. 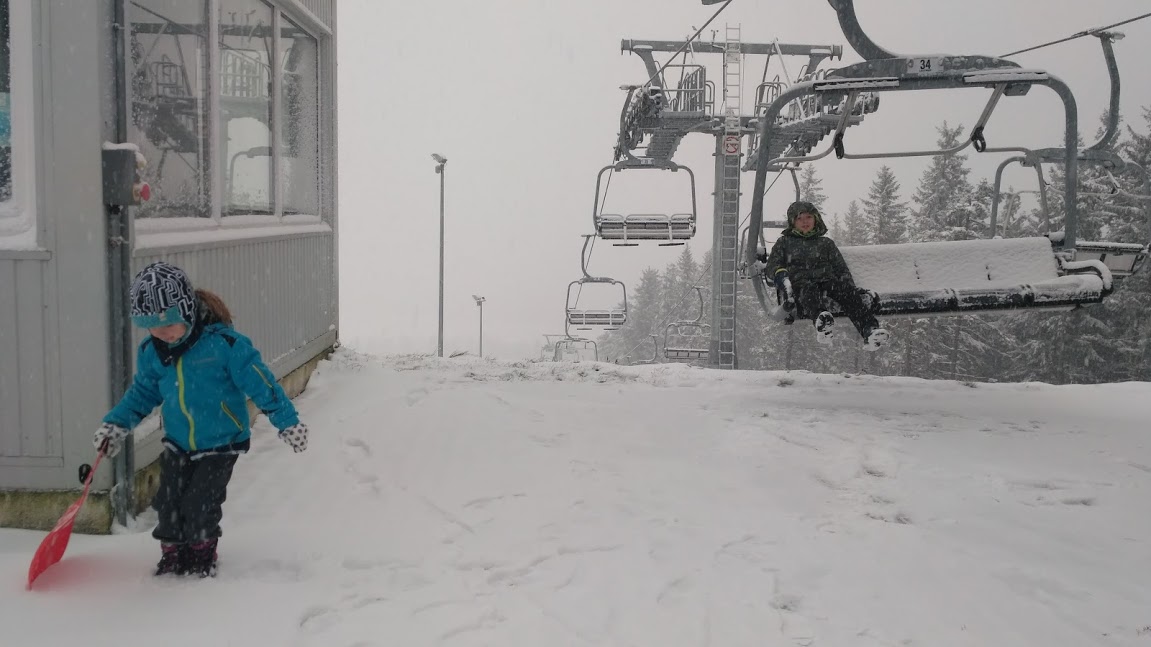 The highest village in the Czech Republic offers really many possibilities. God's Gift is not big and so you can stay anywhere in the village, so you will walk on the local lifts. Again, it is ideal for families and beginners. The local slopes are on mountain meadows and so are very gradual. Whether it is Novako Ski Resort, where there is also a snowtubing in addition to the ski lift, the ski slope called "Za Prahou" according to the hotel for which it is located. Another new lift can be found in the direction of the German border. The most famous and renowned guesthouse is Daniela, where not only cooks great, but there is also a large children's corner. This means that you do not have to leave your reservation, and you have to wait for a while to relax before you can relax.

For more demanding skiers, Klínovec - Neklid Ski Resort is designed. They do not write it separately, because these two areas joined together thanks to the new ski lift, creating one of the biggest skiresorts in the Czech Republic with 34 km of slopes. Of course, this is the price for a skipass, but the reward is the certainty of snow and slopes for discerning beginners as well. Here you can also stay almost on the ski slope. Unfortunately, there is no such possibility at the top of Klinovec, because once the famous mountain hotel is dying here and all the efforts to rescue it have not yet come to an end. The best possibilities for accommodation by the slopes are offered by the village Loučná pod Klínovcem, from which you can get from both Boží Dar and Chomutov. It's not as romantic as it is in God's Dar, but there are enough pensions built in modern style that present, for example, Skiapartmány Klínovec or somewhat socialist construction of the hotel Nástup. 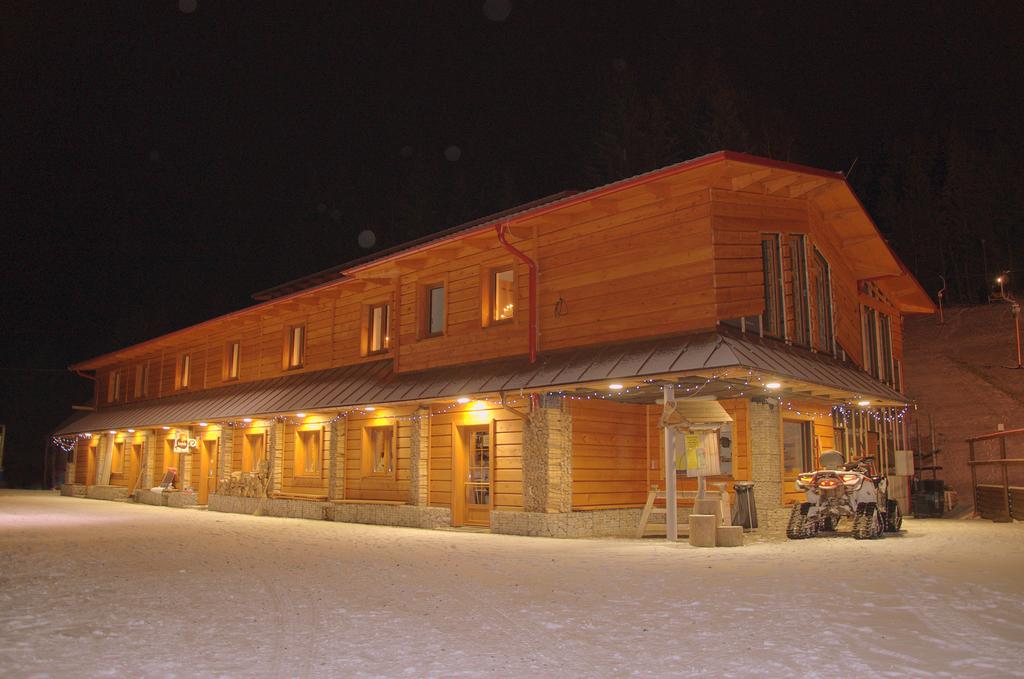 The secret way to spend your vacation right on the ski slope is Skiareál Potůčky. You will find it almost on the border near the border crossing of Potůčky-Johanngeorgenstadt. Here you are right in the building where the cable car is stationary. The stylish wooden cottage, apart from the accommodation, also offers a very nice restaurant with ready meals at low prices. In addition, there is 18-21 00 evening skiing every day in the season, so you can take cross-country skiing during the day and check out the kids directly by looking at the ski slope from the guesthouse's windows. Although the civic amenities in Potůčkách are not great and they are paradise for Asian merchants, you can buy them in the Johannes, just like the German town of Krušné hory.