Camping on the Wild by the Sea - Greece

440 km - I just love Greece and never fail. Our first road with a lifting roof had to go right here. In addition, we chose, as I always dreamed of at least two crews, how much a friend bought older California. We had already started our journey together, which ended up in Slovenia, but it was only three days together. Now we have 16 days waiting on the most beautiful Greek beaches. We left the house on Friday evening and after midnight we were in front of the Hungarian-Serbian border. Waze, which I use as one of the many applications on the road, reported us a column so we came off the highway and the border went through an empty crossing in a village. See the map. The first thought was to sleep somewhere in front of the highway, and the only place we found was near the stables and there was an incredible stink so we pulled up to the highway. I have heard a lot about Serbian Ganges who will take care of a bad car, but we haven't had any personal experience yet. For us it was the first night in the lift and I have to say that except for the noise from the nearby highway, which the sail has no chance to insulate, there is nothing to reproach. 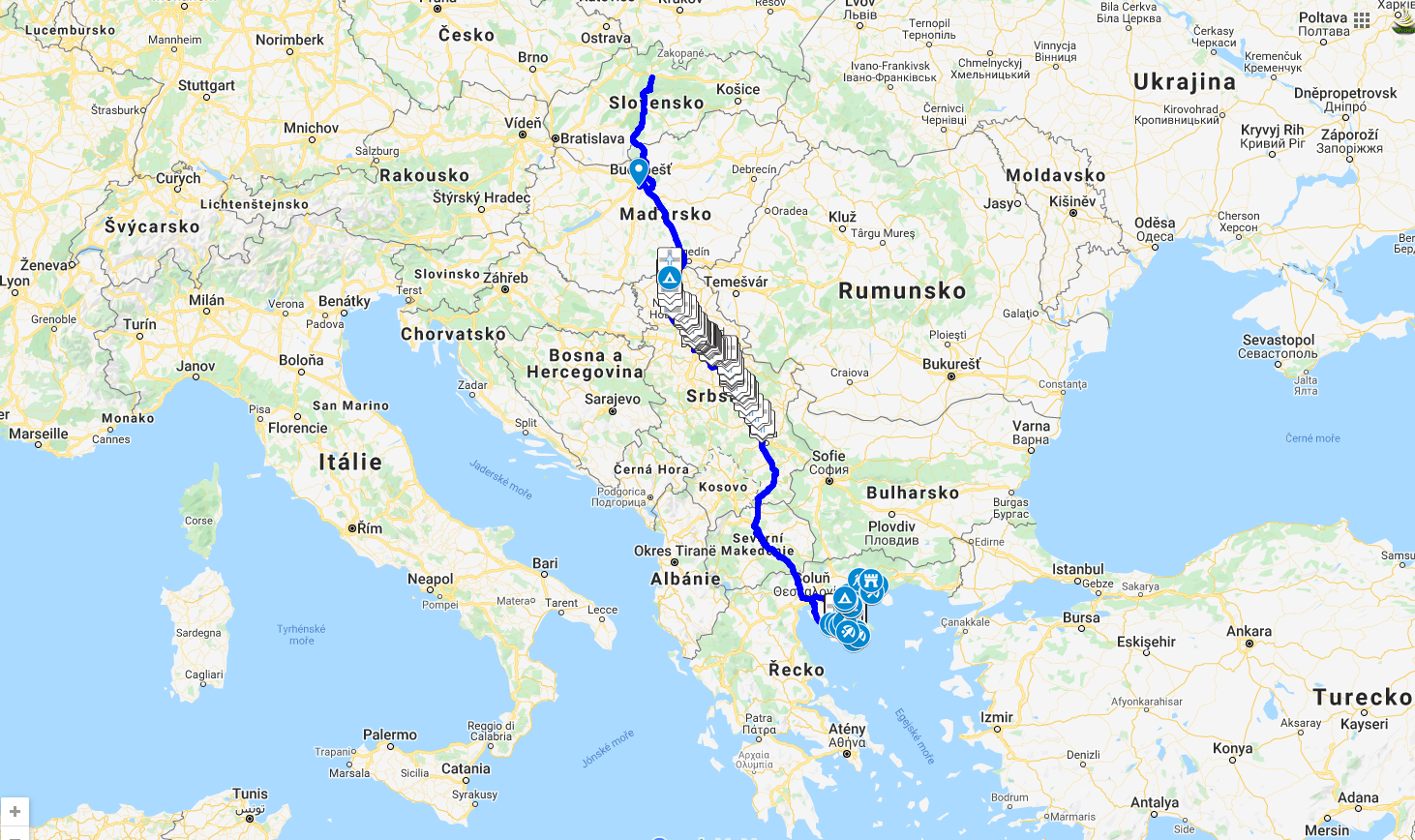 After breakfast we went for another approx. 800km on the highway. In the evening we arrived at the spot I had seen on Park4night. There were some residents already, so we joined the line. We were on the road about 20m from the clean and warm sea. I knew that the sun would wake us in the morning and we had no shade, so it would be hot, but we didn't plan to stay here. In the end we stayed until the evening and the roof was very pleased with the ability to vent the car when it was the back line. It cannot be compared to the original hot tin roof. The girls looked at the tooth of the bottle, so we really liked it here.

In the evening we went to find some better place where there would be a shadow and we found it without any problems after an hour of travel. Instead, we had to adapt the fact that we have a dog, so we were looking for a pushed piece. We had a place with a shade under the trees and in addition we put a sail between the cars so luxury and again near the sea. The sunset was ball and the beer from the house was excellent.

After breakfast and snorkeling school for the boys I made them in the sea we went on. I planned to stop at one of the beautiful places I found on the map, but when we arrived there was a hotel construction site. Too bad, the place looked even better than I thought. So we went on and along the way refilled the shower water until we came to one small beach. There was a problem to park so we just refreshed and went on. A very long beach with parking under the trees appeared just behind the hill. Great, except that there was nowhere to park in late August is the peak of the season and everywhere there were a million cars. We knew it would be empty for the night so we decided to leave the cars in the sun and moved them under the trees in the evening. In the evening, we had dinner in the roast, where we almost left the pants, but the main season in Greece just costs something.

The next day we spent under the tree on the beach and the boys enjoyed the fun on a borrowed padleboard.

After the experience of the previous days, we changed the time to move to the evening to arrive in nice places when there is no problem to park. Along the way, we came across a place where they did not allow us to go to the extent of a trance festival. Had we not had children, we would have stayed here even though we might have been the oldest. We heard the music at night and at the place where we finally docked. It was a great place and here we appreciated that we have a small supply because the parking spaces by the sea could only go under the ramp with a height of 2m. We went to a local bar, had a beer and the owners asked us politely whether we can sleep overnight. No problem was the answer, although there were camping ban tables all around. When a person behaves nice, people are nice. We once again experienced a ball sunset and the beach was beautiful, as if on a mini peninsula.

In the morning, we enjoyed the clear sea and privacy as far as there was no living soul. When the parking lot began to fill up, we raised our anchors because of the fact that we were standing in direct sunlight and there was no shadow. It was the last beach on the west side of the middle finger. After passing to the other side, we passed some unbelievably beautiful beaches, but either there was a problem to park or we lacked the shadow we needed because of Lade. Finally, after a long dirt road, we came across a place where there were trees in the parking lot and a beach bar with sun loungers. In Greece you do not pay for deckchairs if you consume something. So we settled into the bar and did not move from there until the evening. Everything was great except I said something I didn't have. I didn't mean it seriously, but Veronika was justifiably angry so that it ruined the rest of our vacation thanks to my subsequent stubborn, arrogant and macho behavior. What the hell, I'm an asshole. In the evening we played beach volleyball with the boys and went to sleep in the parking lot. 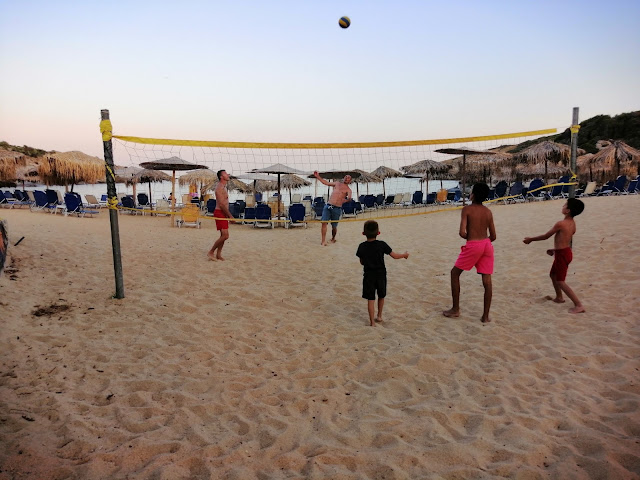 The next day we spent on this beach and in the afternoon we moved to the camp because we needed showers, refill water and relax. Along the way we passed one beautiful place on which we were reminded by friends who were here before us. Here it is, but a very beautiful place so check the map and if you move here stop at Kavourotrypes beach. It looks like there in the Caribbean. Similar to Paradys Beach, where he was, but a brutal massacre of people. We docked at Kempe Armenistis who had the last two vacant shaded places. Otherwise, he crackled at the seams. Camping nice, social clean, beach nice and enjoyment for children great. In the evening we went to have a beer and in the bar everyone just watched the football Slavs against the Greeks. We won a few minutes before the end, but we didn't have the courage to show great joy.

In the morning we left the campsite and continued walking through the beaches on the east coast. The closer to Sarti the more commercial though still very nice. Unfortunately everywhere compulsory deckchairs, which although not paying, but something there to spend because you should at least have a beer. We stayed in one nice place all day and snorkeled together with the boys. There were some divers from whom I took contact, but in the end there was no dive because we dragged on in the evening.

In the evening we arrived at the place where we stayed for two nights. Standing under trees in a wood near the beautiful beach and on the other side you can rent a boat for a day trip. We must use that. In addition, the fun we took care of even incorrigible drivers who at regular intervals stuck in the sand and then dug out. We helped the two cars from there, not just about gloating.

The next day we borrowed a boat, sailed around the island and saw the Blue Lagoon. Well, it is whipped blue water and all the ships stand there to take pictures and take a bath. We didn't stay there. We enjoyed the whole cruise only in the men's line-up. Veronika with little did not like what I understood and we still did not talk.

After two days we went towards Stavros where we liked our first trip with Leonard. Along the way we took one more stop on a deserted beach. In the evening we experienced a traditional Greece wedding, which took place in a bar near our parked cars.

In the morning the boys caught fish and then we drank in the waves. We had parked just outside Stavros for the evening. When parking, we came across the Slovaks, who recommended us Aristotle Museum. We spent the night on the beach where we had already slept in Mitsubishi, but then I dared to sand and no one was here. Hold high season.

In the morning we went to the museum and it was quite interesting there. On the way back we refueled and spent the rest of the day on the beaches that are beautiful in the area. Unfortunately about the most beautiful beaches we had a bit different ideas, so we spent each crew a day on a different beach. In the evening we met and slept again in the same place as we had already slept with Mitsubishi. The boys were fishing a little again.

We spent the day under parasols, the owner of the bar so liked our Elizabet, that she gave her a wheel with a turtle, which she enjoyed very much. I spent most of the day with the boys in the waves, which in the evening was reflected in a brutal headache. I got a great heat, so I missed the evening tour of Stavros and I didn't actually see the city at all. We slept in a place where a lot of Kemper stood, so much in the place where we wanted to sleep, the air was standing and I needed to cool my head.

In the morning we made a purchase in Stavros, washed the cars in the dishwasher and headed towards the Alistrata Cave. The cave is beautiful and we thought we had enough of the beaches. After visiting the cave, we saw the archaeological site and museum of Father Alexander the Great and finally the city of Kavala. In the evening we moved to the beach with a very nice bar.

We spent the day again under an umbrella on the beach and in the afternoon we went on a journey home. We divided the trip into two days and spent the night in a parking lot in Serbia parked in front of the cars above the curbs so that no one could get under the car and of course we relied on a four-leg alarm. Sleeping in the roof has another advantage / disadvantage. You hear what's going on around the car. :-)

Around lunch we arrived in Budapest where we took a short stop in Tropicaria, where Elizabet was taken away from the fish.

It was a routine from home.

This holiday did not go as far as we imagined, how much I behaved like a selfish and arrogant fool who does not respect his partner and all that he does for us.

Certainly it was not our last journey together and I will have the opportunity to improve ... 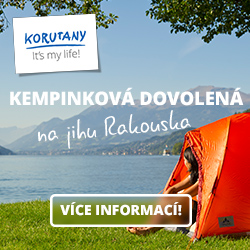 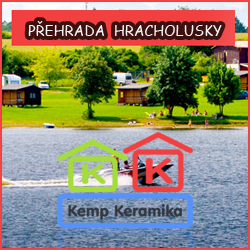