The Ore Mountains are with their length over 130 km our longest and mountain range. Despite their easy accessibility, they are still one of the least visited mountain groups in the Czech Republic. It is due in particular to not very good rumors from the 1990s. At that time, they were known mainly by the devastated top of the forests. From exhalations from thermal power plants in the Mostecká or Sokolov brown coal basins as well as from the German side. This time has long gone, and here nature has been admirably counseled over decades to repair the damage of past generations. The local forests and nature are dense and beautifully healthy. And precisely because the top spots in the western part of the Ore Mountains are mostly wooded, we do not find many natural outlooks in the landscape. In some places, we have to help with human creations - ie, lookouts.

The most sought-after sightseeing destinations in the western part of the mountain range include the lookout tower on the Blatenský vrch. Next to her. at Horní Blatná you can also visit interesting remains after mining in the Ore Mountains. This is, for example, a slump of medieval tin mines called the Vlčí jámy. 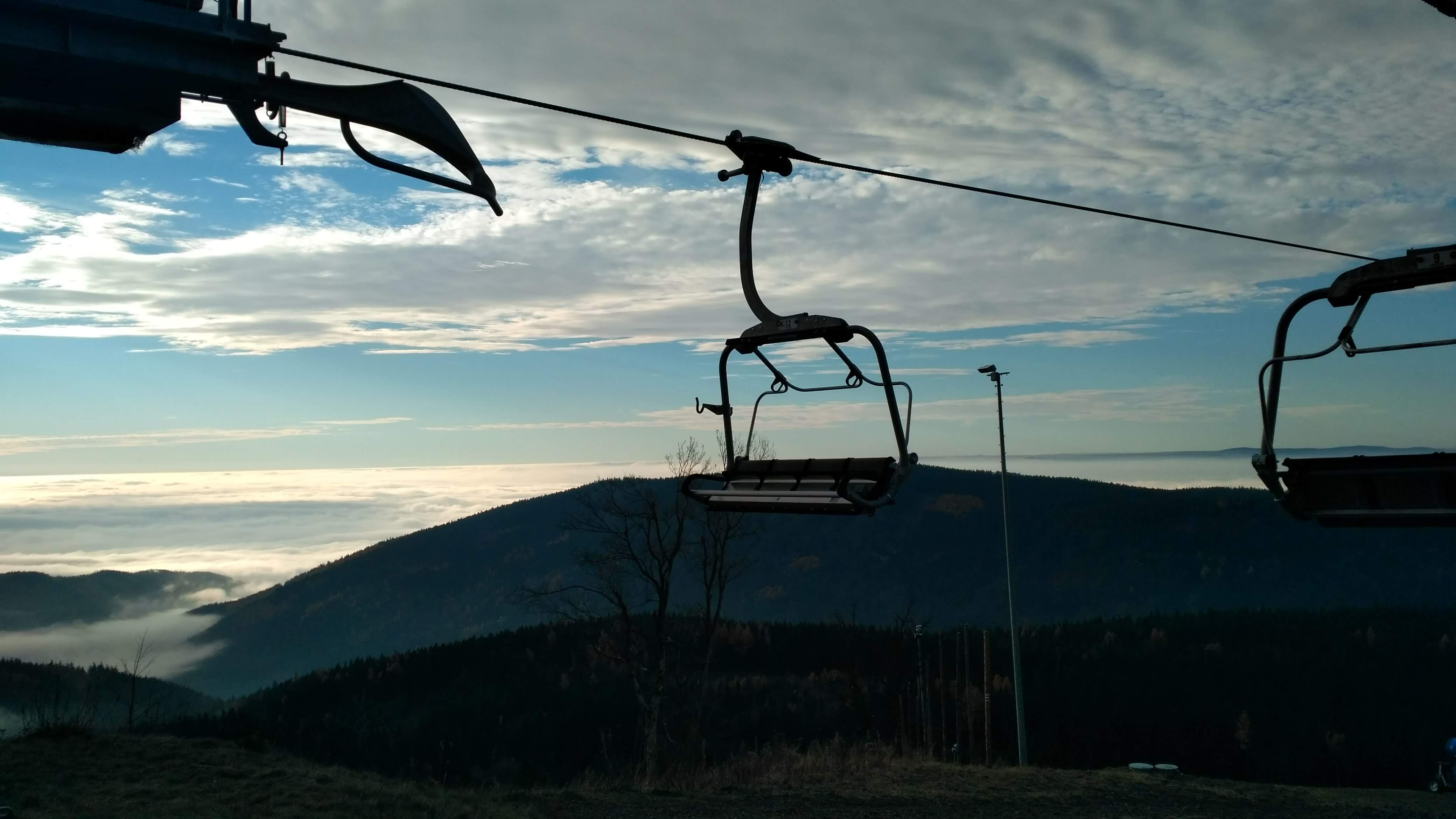 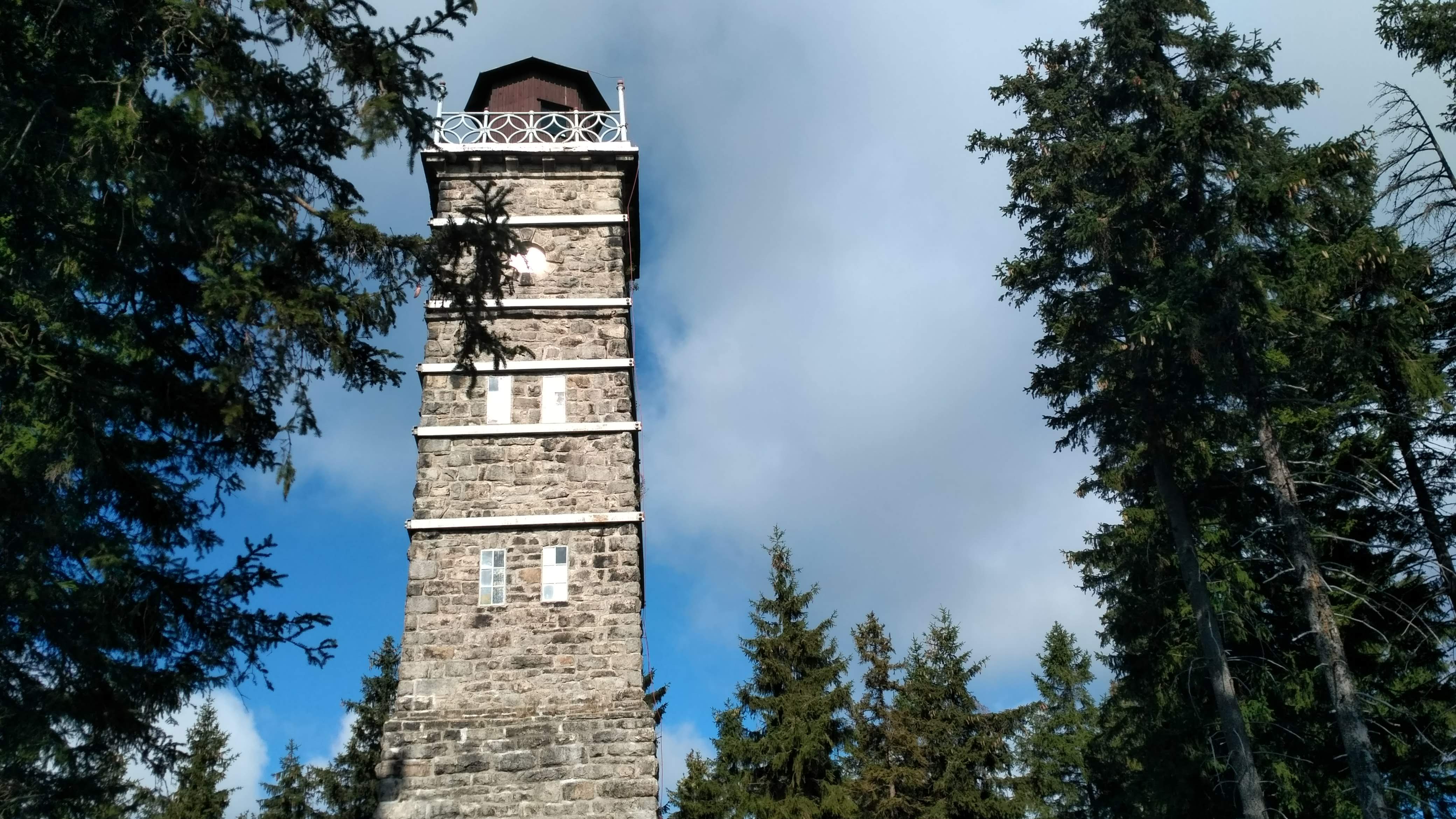 Another popular tower is the Pisndl on the Tisov Hill. It sits on the almost 1000 m high hill above Nejdek and offers amazing views and opportunities for observation such as sunrise and sunset. From this lookout tower, we will see the next sightseeing points of the mountain range. One of them is a lookout tower in a cruise restaurant at the top of Plešivec mountain at 1019 m. You can enjoy views of this tower only as guests of the restaurant or at a small fee to buy a ticket in the bar. It should be added that the popular restaurant on Plešivci is also quite expensive, owing to the newly built ski area from many cable cars and lifts, one of the newest in the Czech Republic.

Therefore, the views of this tower are no longer as impressive as it used to be. A little below the summit is the educational trail of the Krusnohorske legends, where you can see the main mystic and fairy-tale creatures of these mountains by information boards and carved sculptures.

Nearby, there is also a natural Plešivecká lookout point, which provides a natural view from the rock to the southwest, no longer disturbed by lifts and buildings. 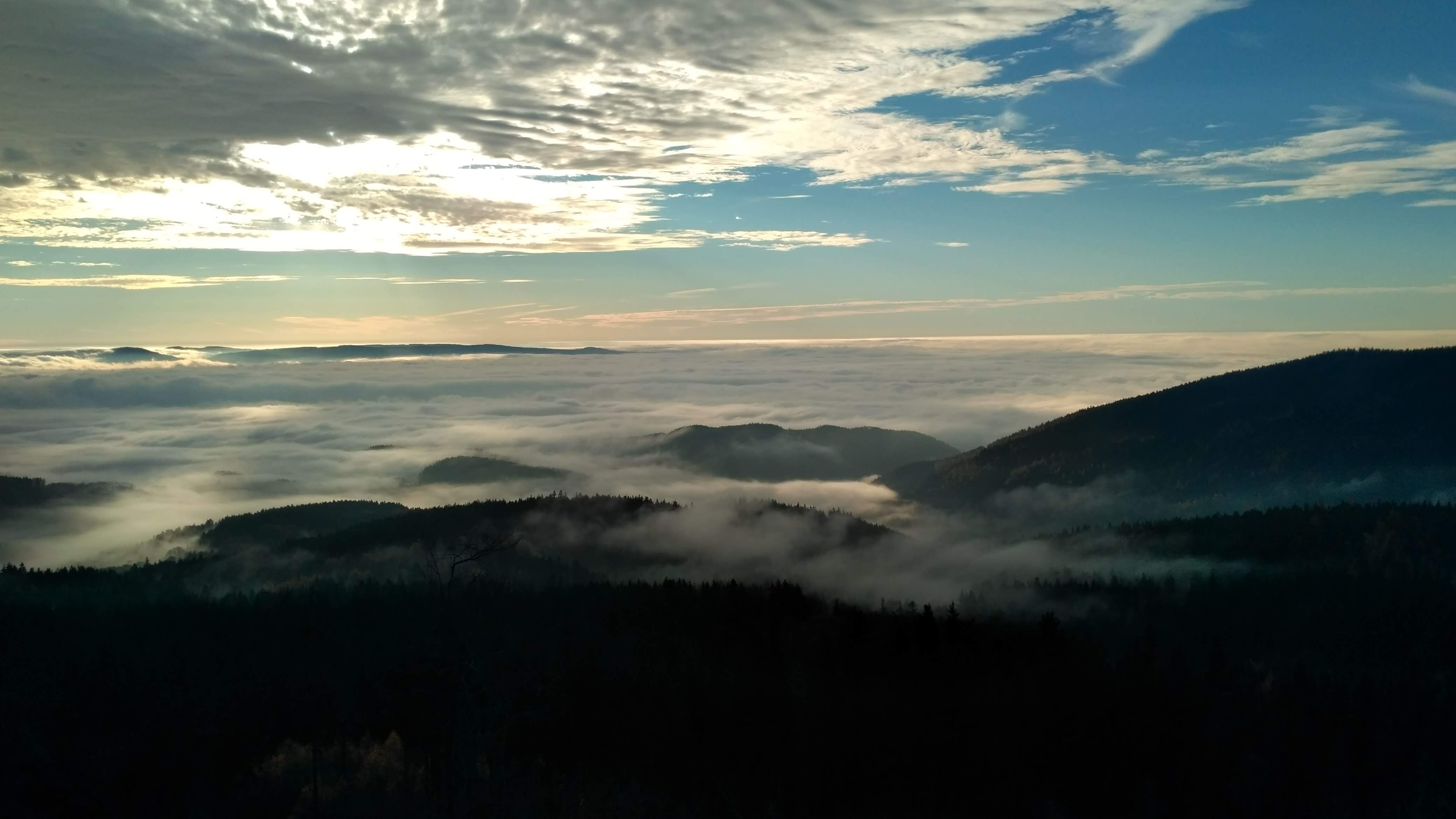 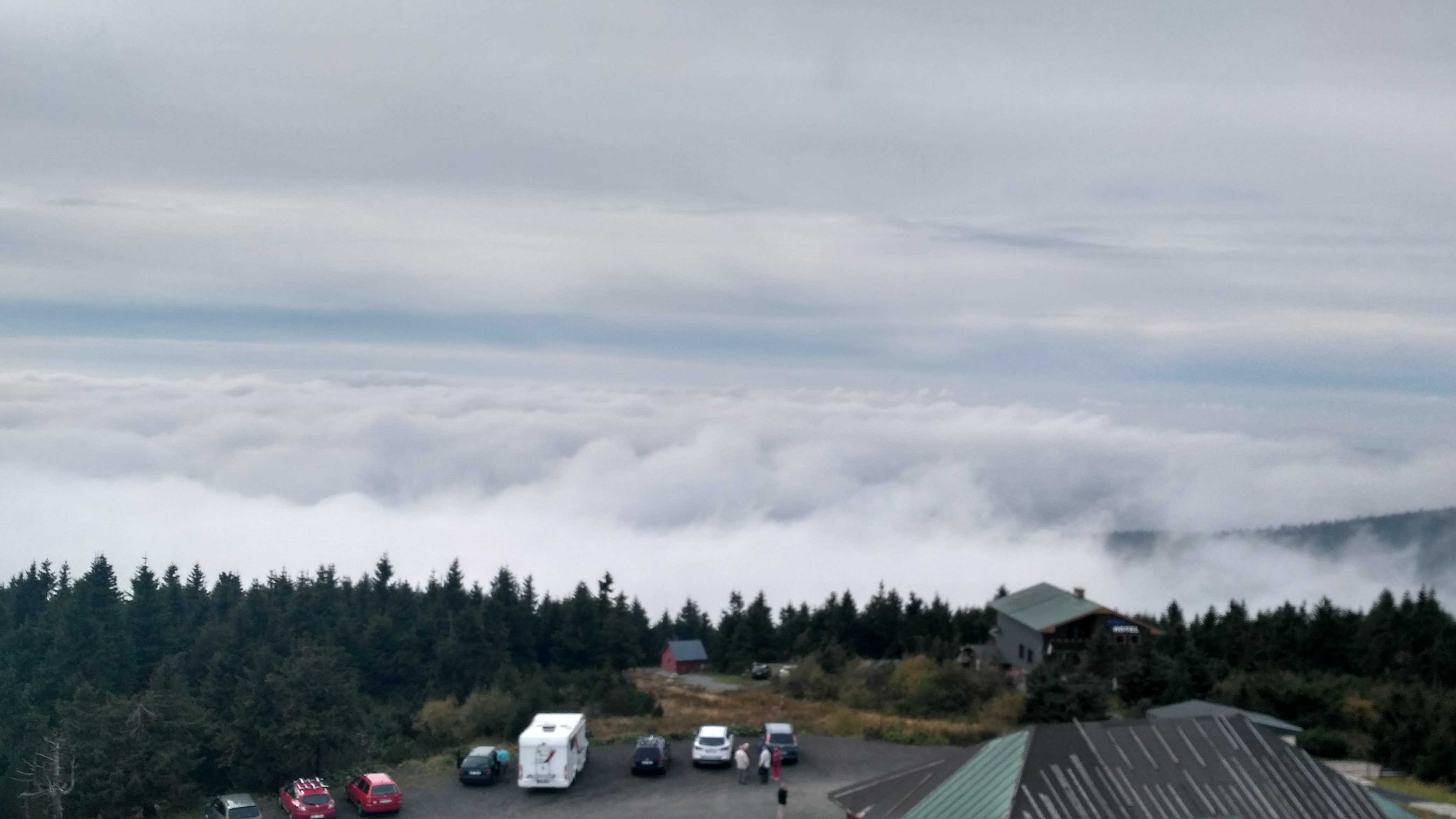 With 1244 m it should provide the best view of the region. The advantage for lazy tourists is similar to that of Plešivec, also that you can drive up to the top of Klínovec by car and park in one of the parking lots. Unfortunatelly, the exit stations of the lifts and lifts of one of the largest ski resorts in the whole Czech Republic are uniting here, and so the atmosphere of this place is also disturbed by human activity.

For a better view across the woods, use the newly-restored lookout tower, which closely adjoins the now-dirty and dilapidated mountain hotel.

However, if the weather comes out and the undercover area is covered with an inverse lid, it is really a unique experience for many tourists and photographers.

On the opposite side of Saxony, you can also ride a bicycle or car up to the top of the highest mountain of the former East Germany, Fichtelberg. It is only a few meters lower than the neighboring Klinovec and towers above the spa town of Oberwiesenthal.

However, our Western Frontier Mountain Range offers many other views that make the romanticities far outstripping the views of the visitor's tourists. But you have to go on foot or on the bike, and they really know about them. But about it again next time ....

OTHER FAMOUS ARTICLES
The mountains