The name Brittany gave the city a castle of 11. century, around which grew up a city with a preserved historic center. In addition to the castle, the city is known for its cattle market and exhibition grounds. And this is the fair the organizers chose to place the Rally. The space for the organizers was not simple, basically it was an event on the meadow. The organizers had to install the water distribution of electricity, bring the social equipment, many times only improvised. All they used was the exhibition hall. France had hosted such a meeting several times, and it was no surprise that they had to cope with their tasks. 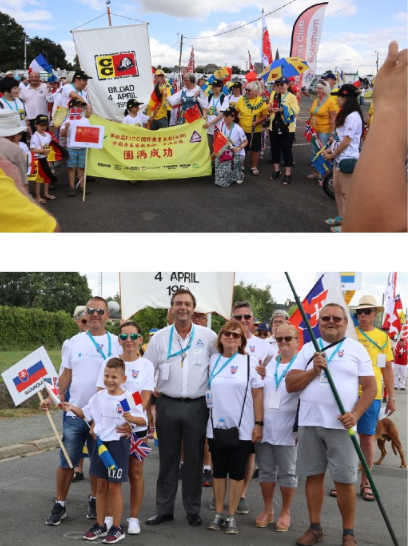 Certainly helped by the helpful attitude of participants, who understood that in such conditions, they too have to adapt and what action they take, it will be not only for them but for everyone. Unfortunately, we immediately agreed during the interviews that our organizer and local event would have a major problem to convince someone that they must stand on a sloping hill, under PREDSTAN passes a gravel road, social workers are 200 meters away, you have to carry garbage even more .. the stock fee cannot even be compared. It is necessary to say that the organizers collected good points right at the registration. No major confusion ..

The beginning of the event is always a ceremonial procession, in which all participants are always mixed up to greet, take a picture and then settle into almost half an hour of accompanying. This time we drove through the center of the old town, but those 5 km killed no one. The president of the FICC Perejra also stopped in our company. After the return, the grand opening was in the exhibition hall.

The program of the following days consisted of organized trips, where there were problems with the transfer of dates and guides only minimally knew English and almost all German. But maybe it wasn't on all the trips. I chose a trip to the famous St Michael, until later we understood the ambiguous hints of the tour manager, when the domestic, before leaving, illustratively explained how to handle the socks. There was a lot of laughing of older ladies around. After about two hours by bus we got off in the parking lot on the shore of the bay, where we were shocked to find that what we see in the distance will probably be the destination of our trip. After about half an hour of waiting, the guide we were waiting for appeared. We were weird why we were so far from the castle, for our knowledge of the Internet was about something else, we were even more surprised to find out that the guide was wearing Vietnamese women. And then it came to show that we had paid "adrenaline "crossing 7 km wide bay at low tide. We have to get off the road. We were walking on sand, mud, approx. 30-50 cm deep puddles, it wasn't a dizzying pace and the guide always waited for us to get together.

We saw that it was not a joke for us to see several similar groups throwing in the same direction from different parts of the coast. 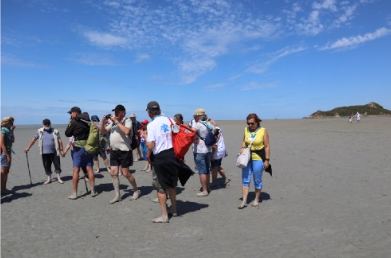 Around the middle of the march, we witnessed the rescue operation when the older participant (we were among the younger ones) stated that he could no longer and never mind that he was wearing mud pants, which we were trying to prevent. For the gentleman came rescue on a special off-road car. Again, in addition to informing our group at the beginning, it was seen that this is a perfectly organized business. Until we arrived under the castle and there, thinking that we would have a place to wash, we had one turn with water, with no foot washing. After visiting the restaurant and having lunch we had ordered - if it was really mutton, it was very well done and mutton I ate for the first time in my life. Well, the combination with shrimp was a magic surprise for some. In addition, a bottle of wine. 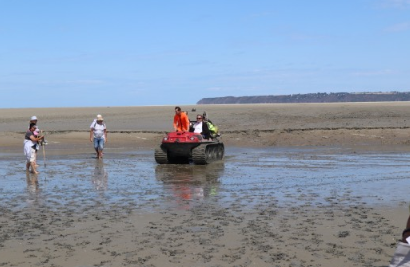 Subsequently, we were handed over to the guide, there were already professionals who knew German and English, so we could finally see this pearl on the coast. The interesting interpretation ended with a glimpse of the bay we had just walked through, and it was at a dizzying pace infused with it. Now we understand why the guides were returning groups of tourists without a guide ... We had no idea that the couple from Hungary were so gazing at this beauty that we would be waiting on the bus for two hours. At least the bus driver knew how much he had brought. Two hours of confusion, but then they found each other and we had to skip the wine tasting to get the dinner for those who paid it. I did not get for the next trips, / because of the problems with transfer of the dates of the trips / for other duties, but besides the same problems with the language skills of the tour managers, the trips were evaluated positively. 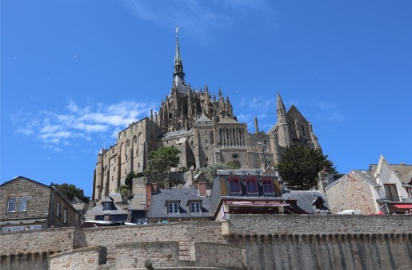 Every evening there was a cultural performance from local sources. An inseparable part of the international alley, where almost all participants met every day exceptionally, were presented for invited guests. An interesting opportunity to spend free time offered the city itself and its castle, which is free admission. 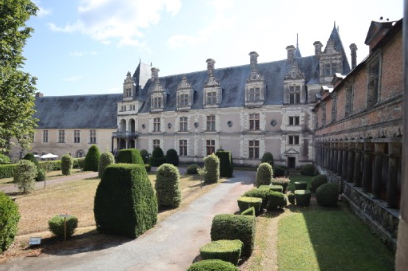 Delegates of member organizations had at 31. July on the agenda of the General Assembly, it was held in the theater building on the square. Initially, the President of the FICC informed us about the World Congress in Lisbon on the occasion of 85. anniversary of the founding of this organization, also about the very successful 69. Youth meeting in Hermanová Městec, organized by the Association of Czech Camping. The main item on the agenda was the approval of the budget for the previous period and the approval of the plan for next year. 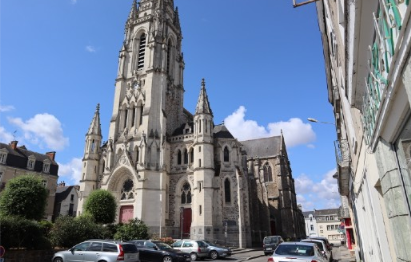 With little trouble it was approved. This was followed by the more dramatic plot - the choice of 2022 World Rally venue. FICC Rally Fukushima Japan / 89 - 28.9 / 6.10.2019. FICC Rally Ostia, Rome, Italy / 90- 24.7 / 2.9.2020. FICC Rally Dublin, Ireland, / 91 - 29.7. 7.8 / 2021. FICC Rally Moscow, Russia, 92. - 29.7 / 7.8.2022 FICC Rally Shanghai, China, September 93At the end of a bit of statistics, the General Assembly was represented by three member organizations from the Czech Republic and one from Slovakia, in addition more than 2022 from other member organizations. From the Czech Republic were on relly 40 crews - 2 persons, for Slovakia 4 crews - 4 participants. Total were 8 crews from 441 countries, except organizers. After all, something from the end. After trips without German, I expected a thunderstorm, but the German chairman rated the event as brialiantovo mastered. Perhaps we will have to enter our conscience and start to look at the world around in a completely different way! This is such a small sight seen at a caravan meeting in France. We met a lot of acquaintances there, whom we meet regularly in Europe, even those we did not have the best memories of. The more than 26-year-old Austrian in a car of almost the same age, a doctor from Luxembourg, was sitting with us and President FICC Pereira, on the question of when there will be such an event in Slovakia, but we had to tell him that it was well. Such an event as in 90 we have nowhere to organize and probably no one else. We agreed that 1991 was the first visit to FICC for both of us, he started there as a youth. 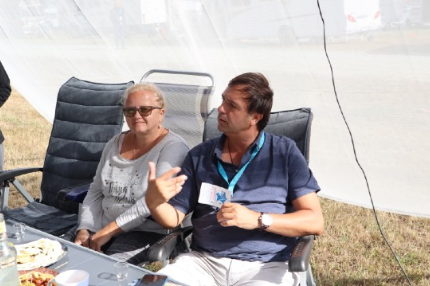 Very interesting was the way back and forth. The memory of 75 could not be missed. anniversary of working Owerload - it was full of France. So Normadia was planning on returning. But these are a bit different experiences and memories. What was surprising for me was the agricultural character of the landscape. Extensive, several hundred hectares of corn, maize, beets and no rapeseed. Of course they also have toll motorways. 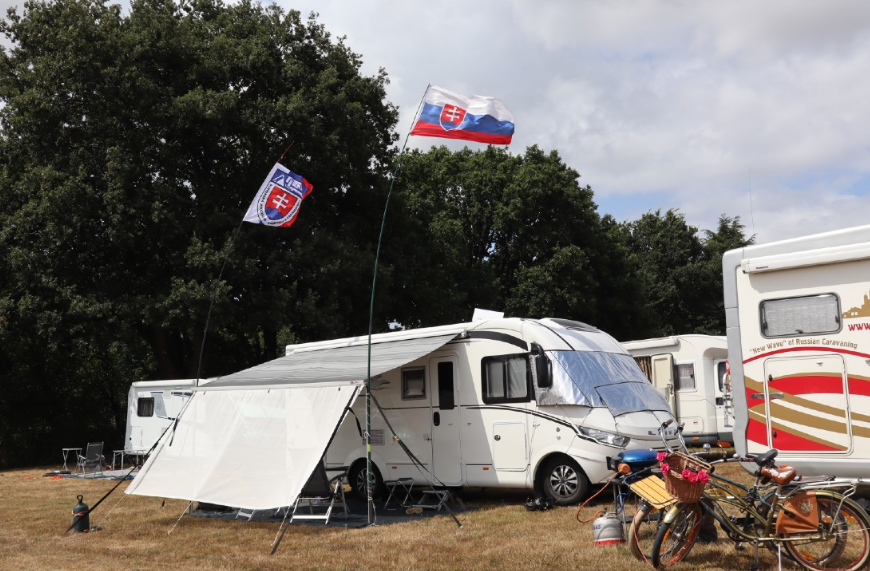 The French approach to the caravanistom is characterized by the marking of the parking lot in front of the chateau in the center of the town where the meeting took place. Parking cars up to 15 minutes. Caravan parking max 24 hrs. Even though there is camping on the British Channel Islands Omaha, caravan parking has been allowed along the waterfront and near the monument itself ... If I succeed, I would like to come back here.

OTHER FAMOUS ARTICLES
Traveling with a caravan
Events and meetings