After a small excursion to history on Kratochvíle Chateau, we went to the Šumava foothills before the crossing to Lipno mountain Kleť. At its peak, our goal was on the one hand Josef's Tower, the first stone lookout tower built on the territory of Bohemia, as mentioned in the available materials on the Internet, a second observatory built in the 1960s. After studying the tourist guides, which stated that the trip to the top of the mountain is about seven kilometers long , we decided to take a hike. As a starting point for our trip, we chose the train station in Český Krumlov. The weather wished us so equipped with good boots, comfortable clothing and backpacks, which did not lack anything good on the tooth and especially enough drinking. Drinking regime is important and it did not disappoint me on summer trips stainless steel bottle, which has very good thermoinsulation capabilities, both for hot and cold drinks, which was important for me due to the summer season. 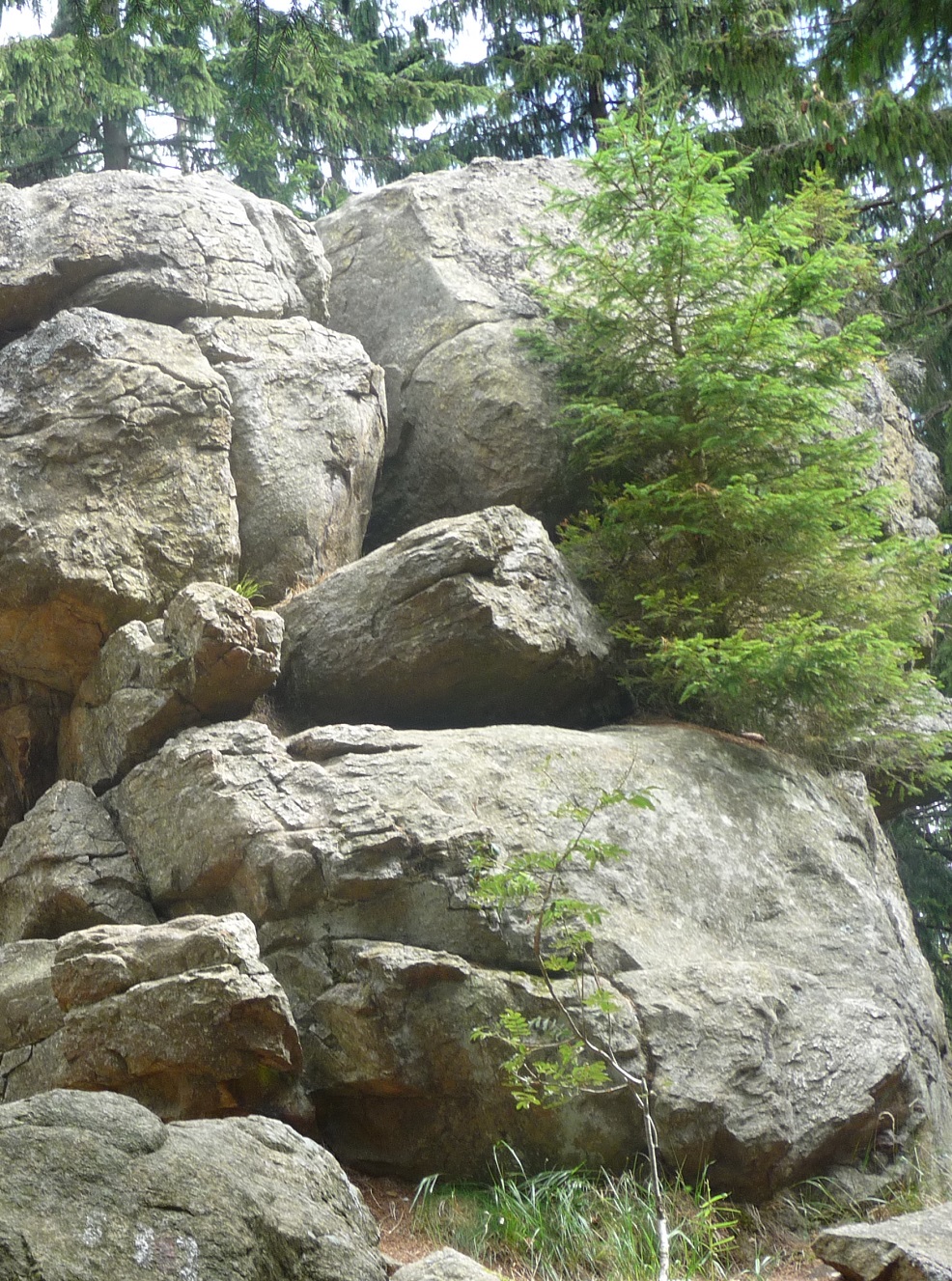 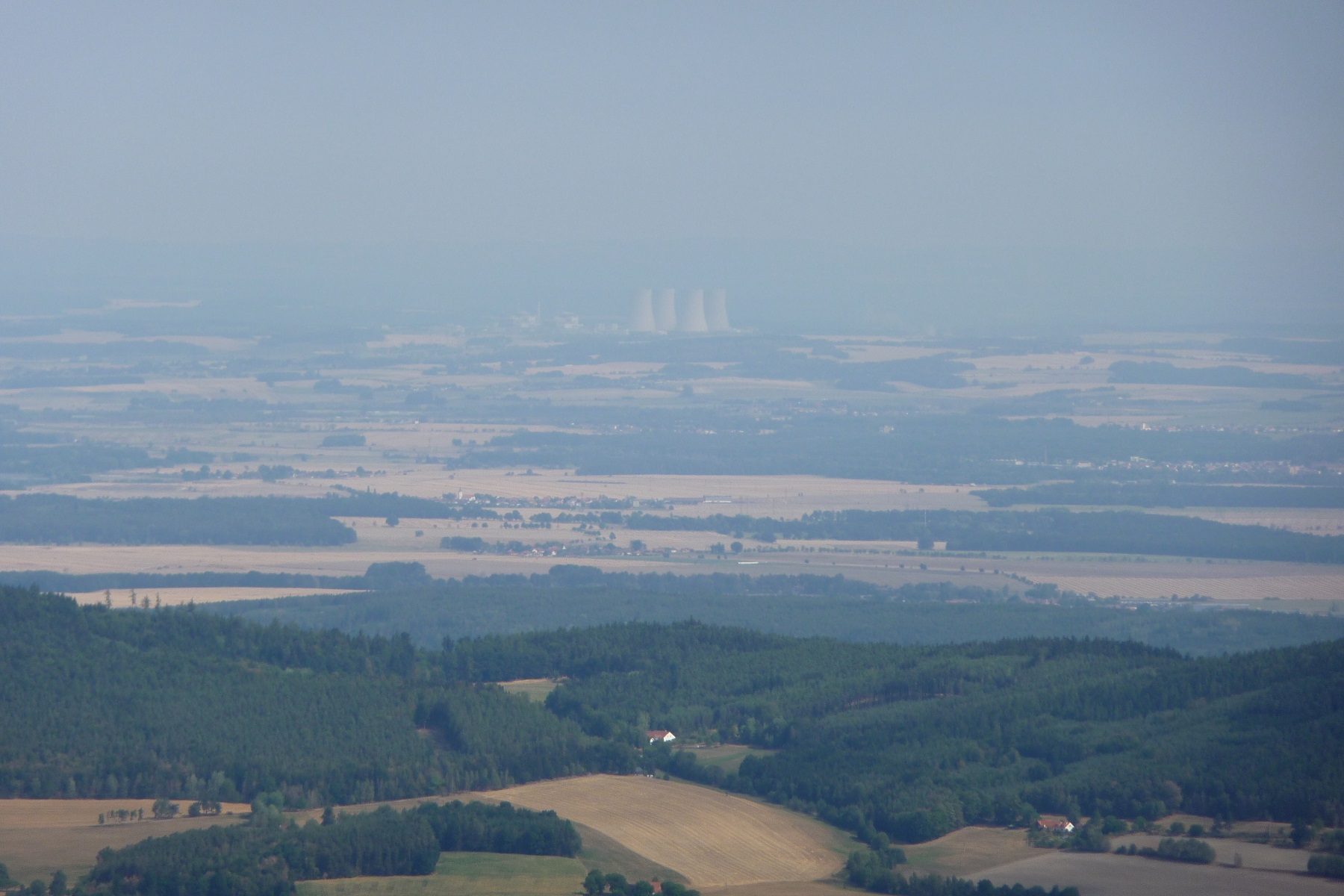 It has to be said that for the less experienced tourists we were, this trip was quite challenging. Most of you might laugh, but we were very proud of ourselves when we reached the Observatory after the climb. And even though none of us are a professional or amateur star, we went to see her. We did not know what might be waiting for us, so maybe we were more interested in it. Unfortunately, I have to say that the expectations we went with were bigger than what we actually saw. In addition to the different images of stars, comets, planets, and other celestial bodies, we have seen a large telescope that we could not even see. Why, too, when it was a white day. 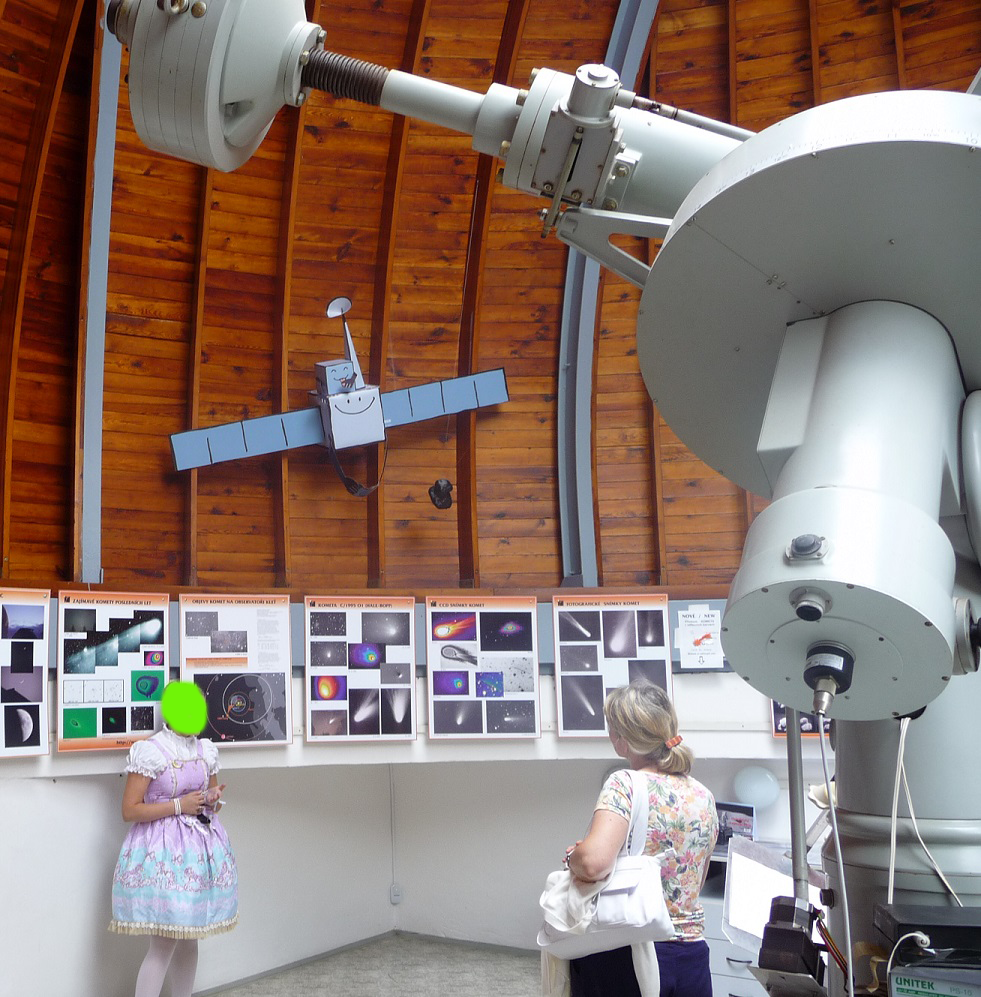 One of the few things that interests us (and not only us) was the strange Miss Guide and her even more strange clothes. She wore something that resembled a "petty" costume. Also, the first question, after the Miss invited us to ask if we were interested in something, was from one elderly lady to her clothes. I still have pictures, but I prefer to publish it without a face;) ... Miss was pretty assertive and did not want to talk about it. In fact, she reminded me of the Martian, which was quite typical for the place where we were.

Finally, I was glad to leave the Observatory and head for the lookout tower. On the bench below, we refreshed and climbed up the stairs. And I must say that the sight of the neighborhood was worth it. And even in my case, because although I am afraid of the heights, I can handle the surroundings in a cool way when I have a mason in front of me, which is a certainty for me. On the one hand Šumava, a view of Lipno and into the distant surroundings, which somewhat disturbed the nuclear power plant Temelín, which was unimaginable. But I've survived. 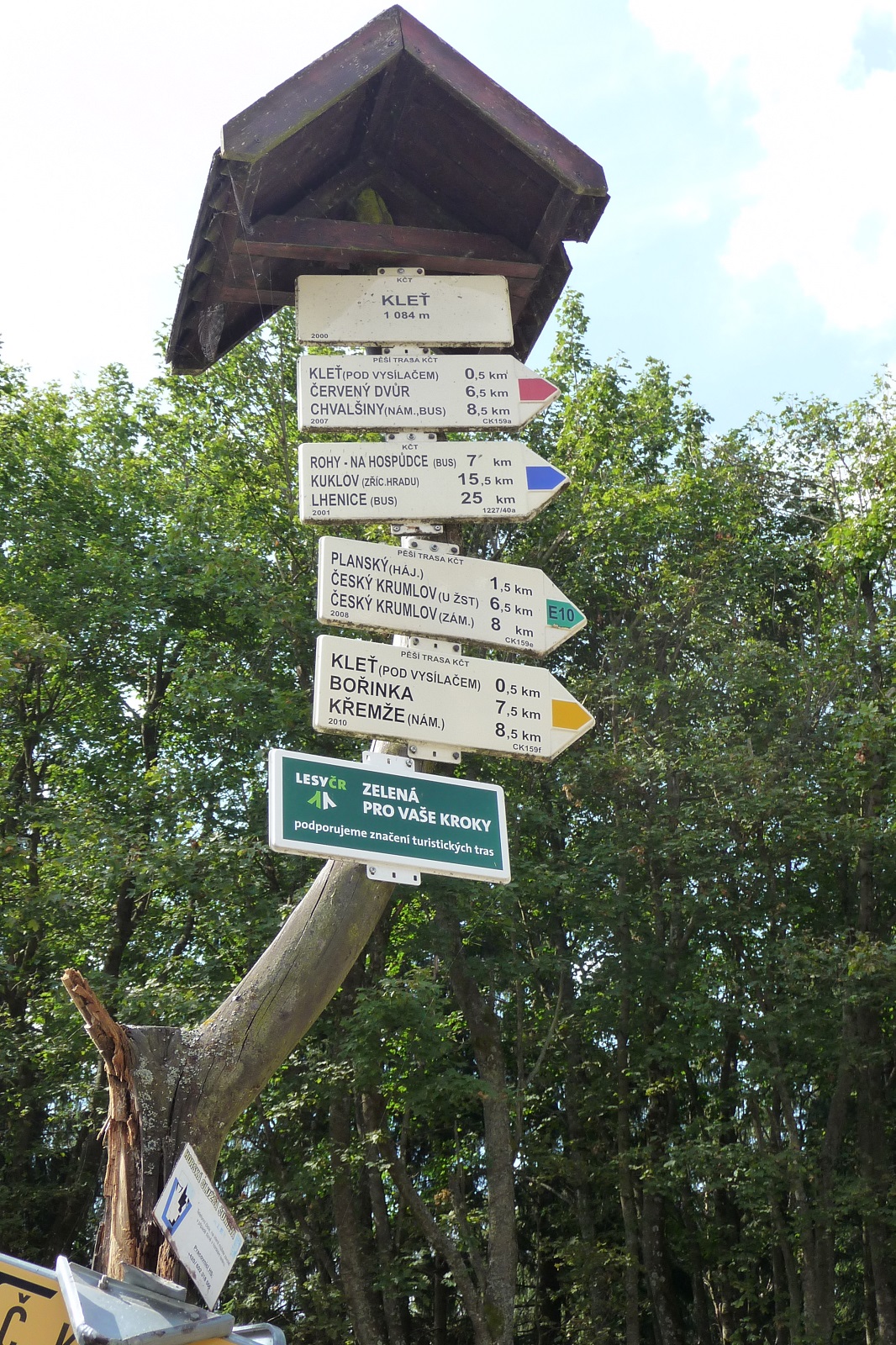 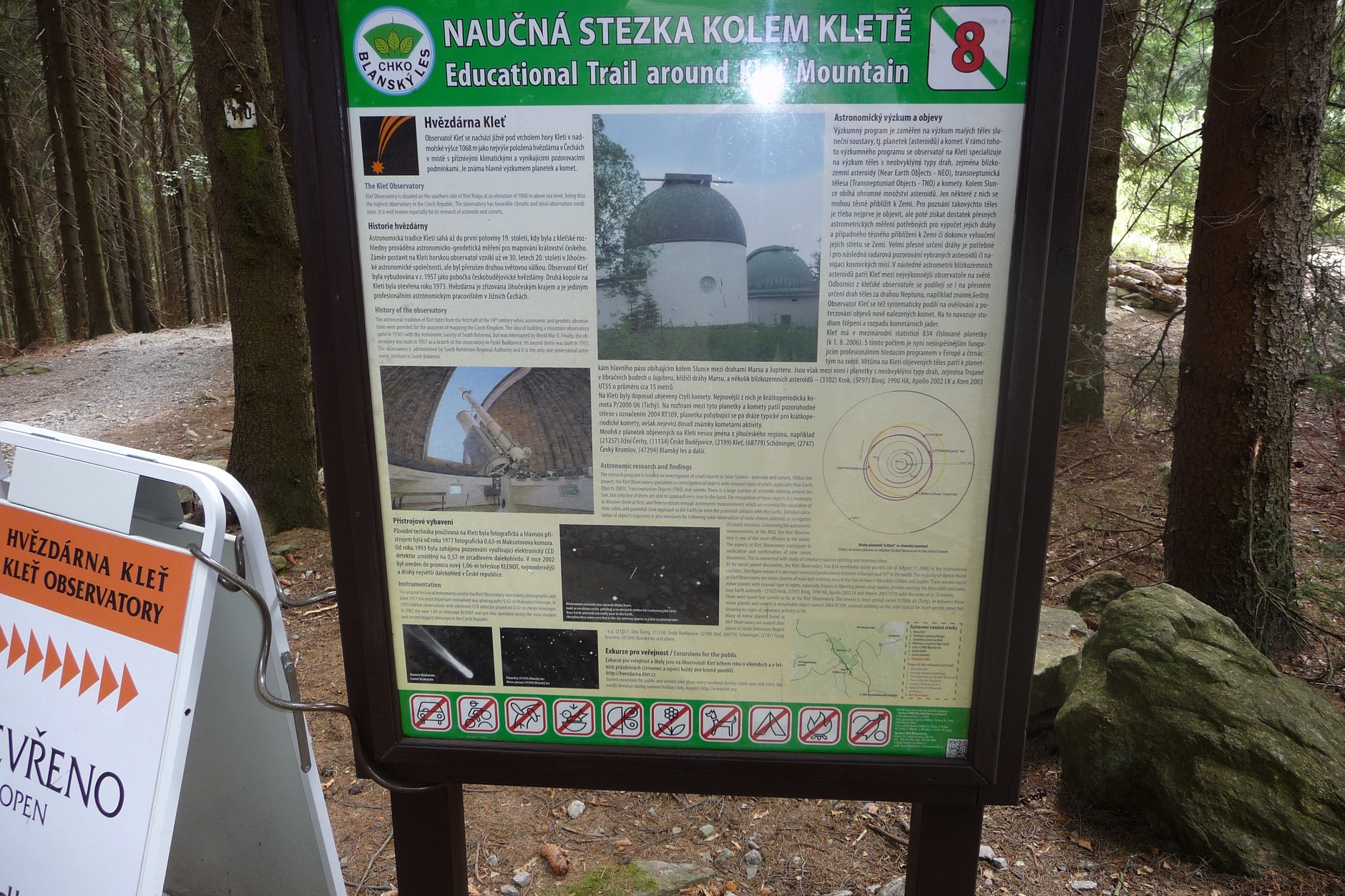 After we went down, we had another dilemma. Go back to Krumlov on foot or go down the cable car and return by bus from Krasetín? Well, what would you say? The second variant has won. Even though I am afraid of the heights, as I have already mentioned, and the rope ride for me is not ideal, let alone if the chairlift is one-seater. Throughout the road, I held myself like a tick behind an iron rod in front of me, and I could take a picture of myself myself. I think if I took a cell phone, I could immediately say goodbye to him, because he would definitely drop out of shaky hands. But I can not do anything about it ...

So I was really happy when I left the chairlift. Then there was less than a kilometer to stop, wait a half hour for the bus (luckily it was quite early and we did not have to go to Holubova for a train) and then it was another half an hour and we were back in town.

A really interesting costume. The story looks like a kid's uniform for Alice in wonderland. :) Well, but you see ... you know the star in the memory :)

Probably yes. It was an unforgettable experience :-)