How to put a baby bed in Kempervan

Our family has grown in the last year by one little princess who is sleeping in a stroller or between us. Leonard is five years old and needs his own sleep. In the past, I did sleep in the back of the car at the place where the trunk tray that can be moved across the front seats. The condition, however, was that there is a self-folding cot. Otherwise he would fall from here. 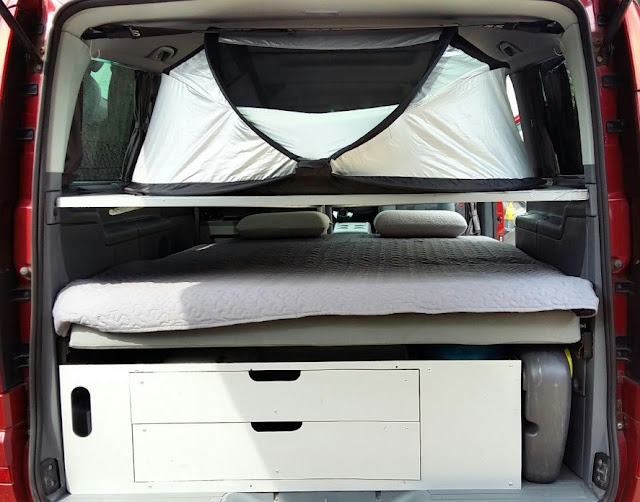 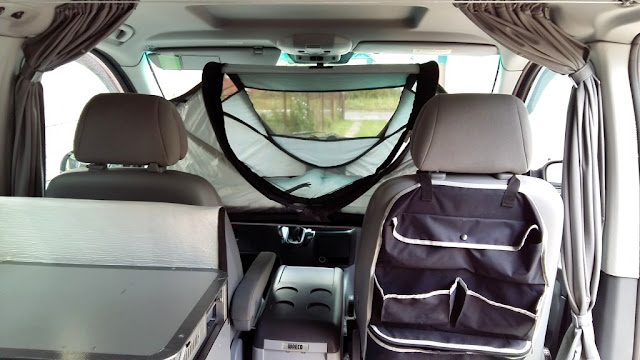 Leonard can't fit in there anymore, so we started to think about it.

- Lifting roof, which would solve sleeping for two people and the opportunity to stand in the car, which is now not possible, but it is not necessary for us. Unfortunately, such fun will cost at least 5.000 euros and that is the lowest offer I have found in Poland. Something worth half the price of a car seems to me as a very expensive matter, although it has indisputable advantages. 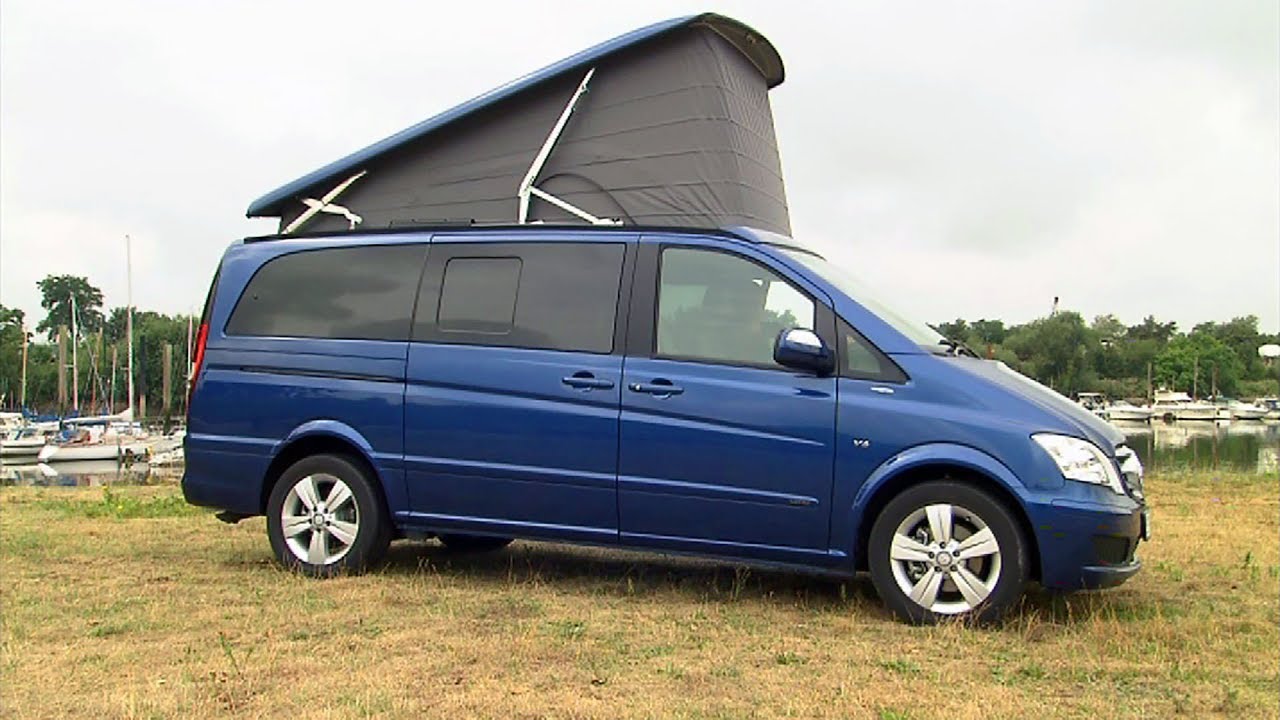 - roof tent, at the exhibition For caravan in Prague we tried it and stated that it is not a bad solution at all, although Veronika did not want to hear about it at first. Tent has the advantage that you put it on the car only when you need it, you can switch it to the other car and there is storage space. In the case of "James Baroun car tents" the tents are even equipped with solar ventilation. However, it also has disadvantages. You are not together in the same space, it is a big thing on the roof that can complicate the entrance to the parking lot where there are ramps and in addition to driving increases consumption. I have a solar panel on the roof and the roof tent would partially obscure it. There is another disadvantage. Children with mum go to bed around 21:00 pm and I do not until around midnight. I can't quite imagine climbing asleep with Leonard on my hands.

CAMPING TENTS
Still, I can't imagine Leonard falling asleep alone and I would come to him. We move in the price of about 3.000 euros, but it is possible to get a cheaper tent from China for about 1.500 euros, which makes it a thing to think. 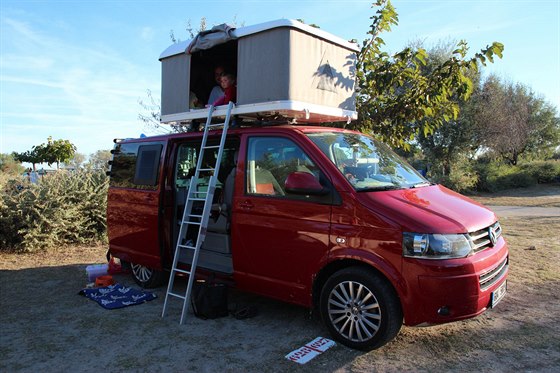 - bed through the front seats, on the internet you will find eg a bed from Reimo, which is basically a folding mattress, but give 349 euros to me a lot. 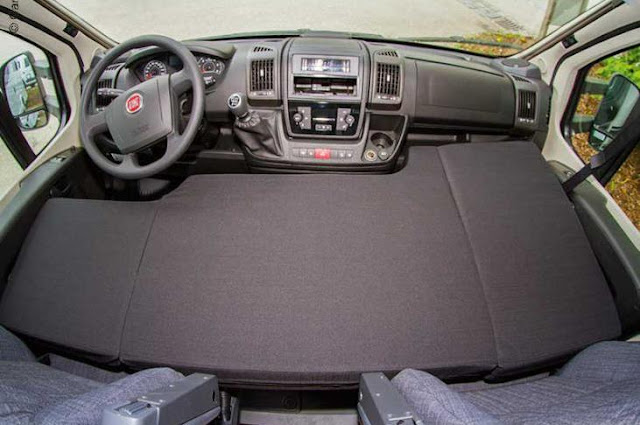 Another solution is, for example, a folding bed that is laid on the frame near the windows. I find the price of 289 euros equally inadequate and moreover I do not like the complicated folding of the bed. 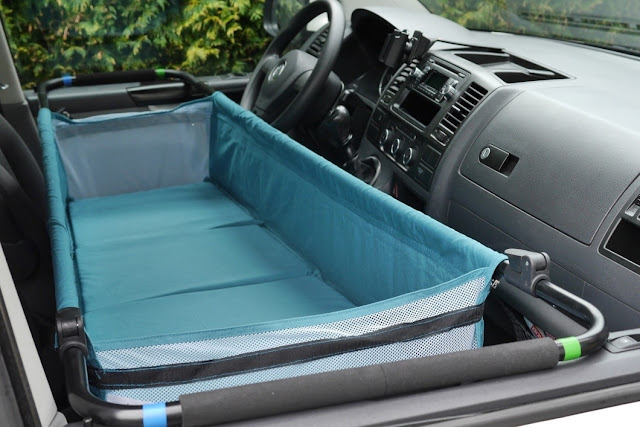 Another interesting solution is the bunk bed through the front swivel seats, but for me, unusable as much swiveling because of the kitchen only passenger seat. 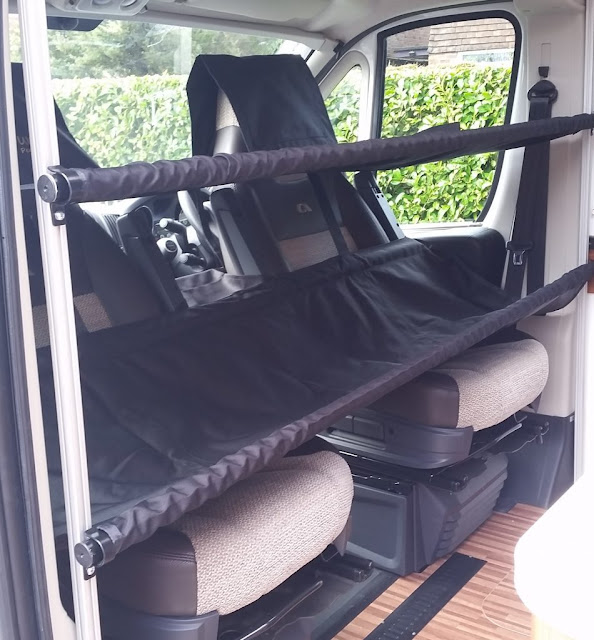 It occurred to me to combine two solutions and to improve them a little and I really like the result, not to mention that it all went to 30 euros.

What did I come up with? I ordered something from Ali Express to protect the hair seats when the dog is being transported. It is made of solid, it is attached to the headrest, it is waterproof and from the bottom is treated with a non-slip layer. In my case, it also has a mesh that is between the seats and there are two pockets. The first thought was that I would make a construction similar to the one mentioned above, but I eventually withdrew from it. A lot of sewing and complicated folding. To reach the plane through the front seats, I used an aluminum-plastic plate, which I cut to the exact size. I glued two layers of mat to make it more comfortable and cut their knife exactly according to the size of the board or 130x50cm and wrapped the edges with my favorite Ducktapom. The whole plate fits exactly on the plate in my suitcases so it won't take up any space. 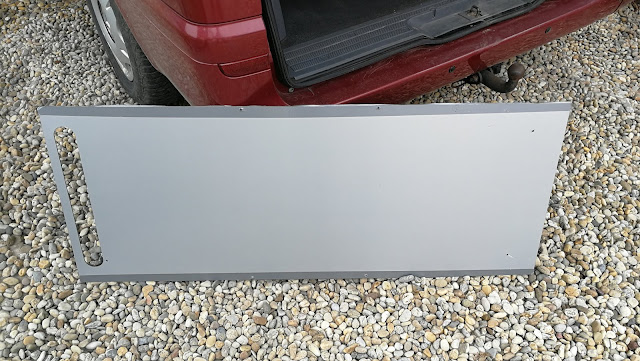 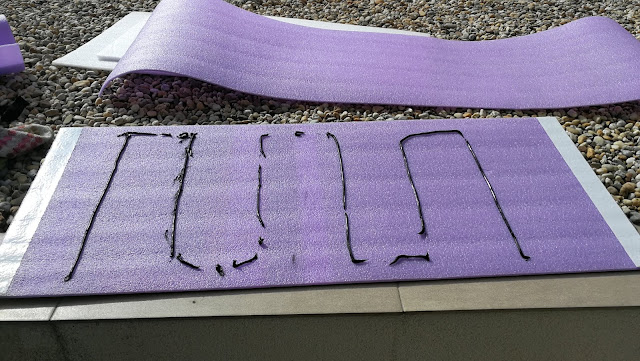 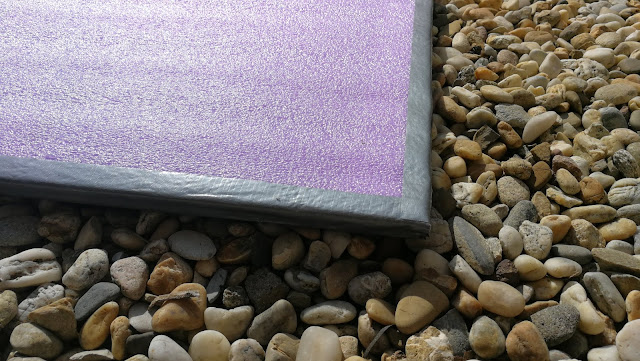 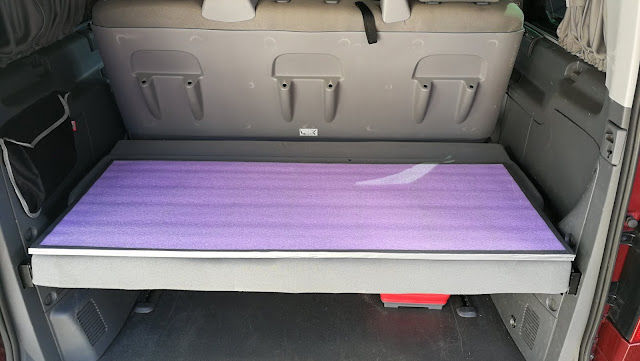 The fabric pad in the folded state also does not take up much space and it takes me five minutes to unfold the whole bed. The tapes that are sewn there are fitted with couplings so that they are conveniently fastened. Two around the head restraints, two on the windshields and two on the brackets above the door. The only weak part is probably the lampshades, but Leonard doesn't twist very much at night so it should be ok. He has already tested the bed and is satisfied with it, so I am. 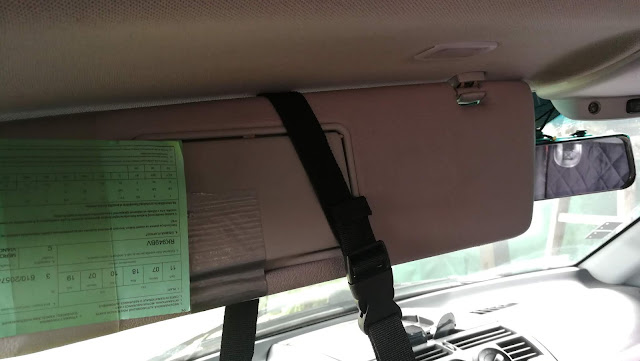 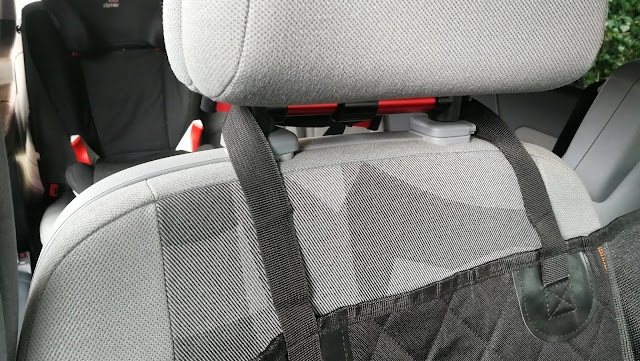 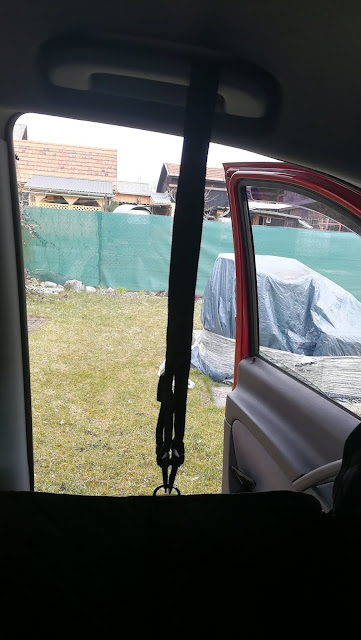 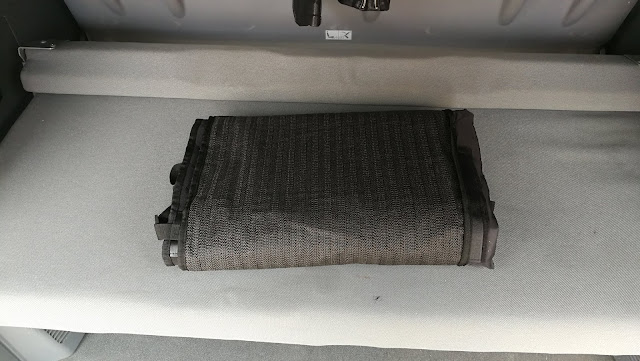 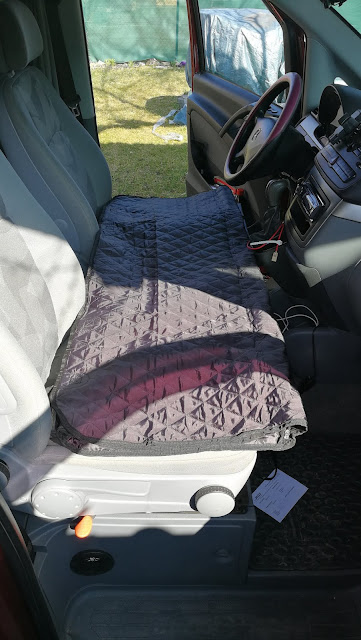 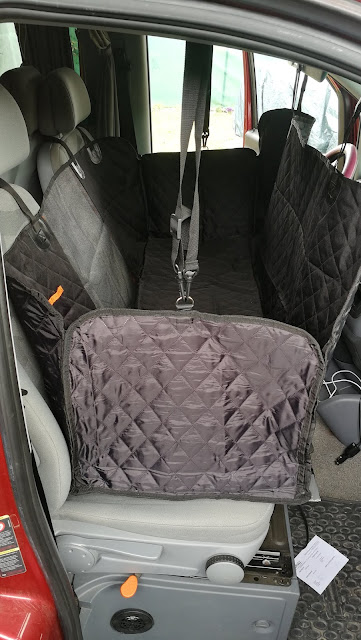 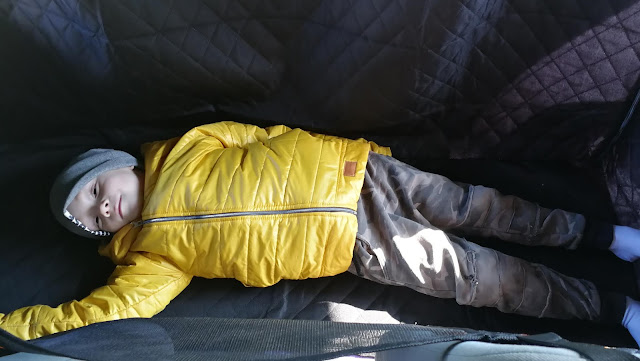 We also upgraded our sleeping quarters a bit. We had a folding mattress there, which was very comfortable but occupied a lot of space in the trunk. So we went to self-inflating mattresses, which is not so comfortable and usually blows out in the morning. In addition, we still had to put on the cover, which upset me when folding and unfolding the bed. So I came up with the idea of ​​using supplementary mattresses. It has a dimension exactly as we need in the car or 140x200. It is a medium-hard foam with seven zones. We haven't tried sleeping yet but lying on it is quite comfortable. In addition, it has a removable cover that can be washed at 60 degrees, so we do not need to use any other covers. It can be folded into three parts without problems, or rolled into a role. 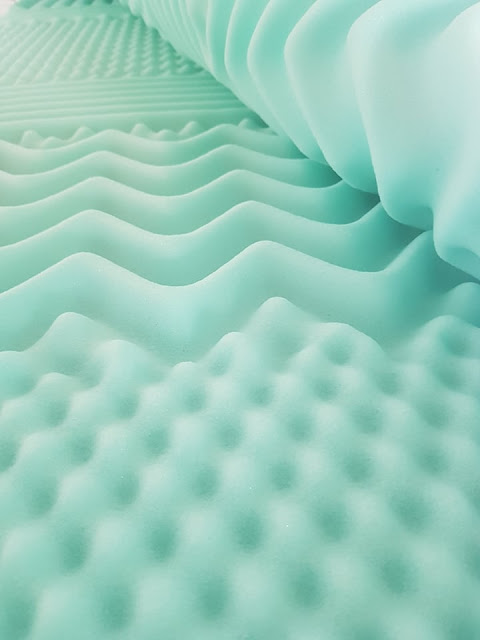 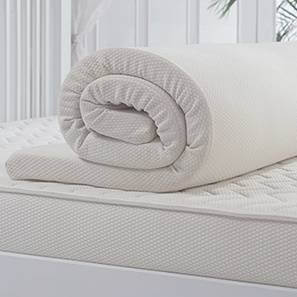 Perhaps this will help other travelers ...