Part 3 .: The Rotunda saddle is surprisingly civilized. I blow my nose into the air so that I don't miss any smell of information about this place. We'll sleep here tonight. For me this information was rather disappointing, I was looking forward to a long hike. On the other hand, my bipeds will have enough time to retrieve them properly. Right now they are unpacking their backpacks under a small shelter to eat. I don't care about food, I'd rather explore the surroundings. There is a large building adjacent to farm buildings. I can smell the sheep, goats and cows. Attention! I smell a strange dog. Although not in sight I'd rather get back to my family. Panecek looks at the neighboring gazebo, which in his opinion is ideal for sleeping. He certainly does not want to build a tent, I understand. Before we hope to go to see the landowner to see if we can use his shelter. I'm at his heels at least to the fence. Then we are happy to announce that we have camped right in front of the hotel and we can sleep inside. Except for me. He doesn't mean it! They wouldn't let me know where! Fortunately, I am not mistaken and after a brief meeting it is decided. A gazebo is enough to stay overnight. Not yet, I think. It's free and I don't have to go to the boiler room or where they wanted to go! 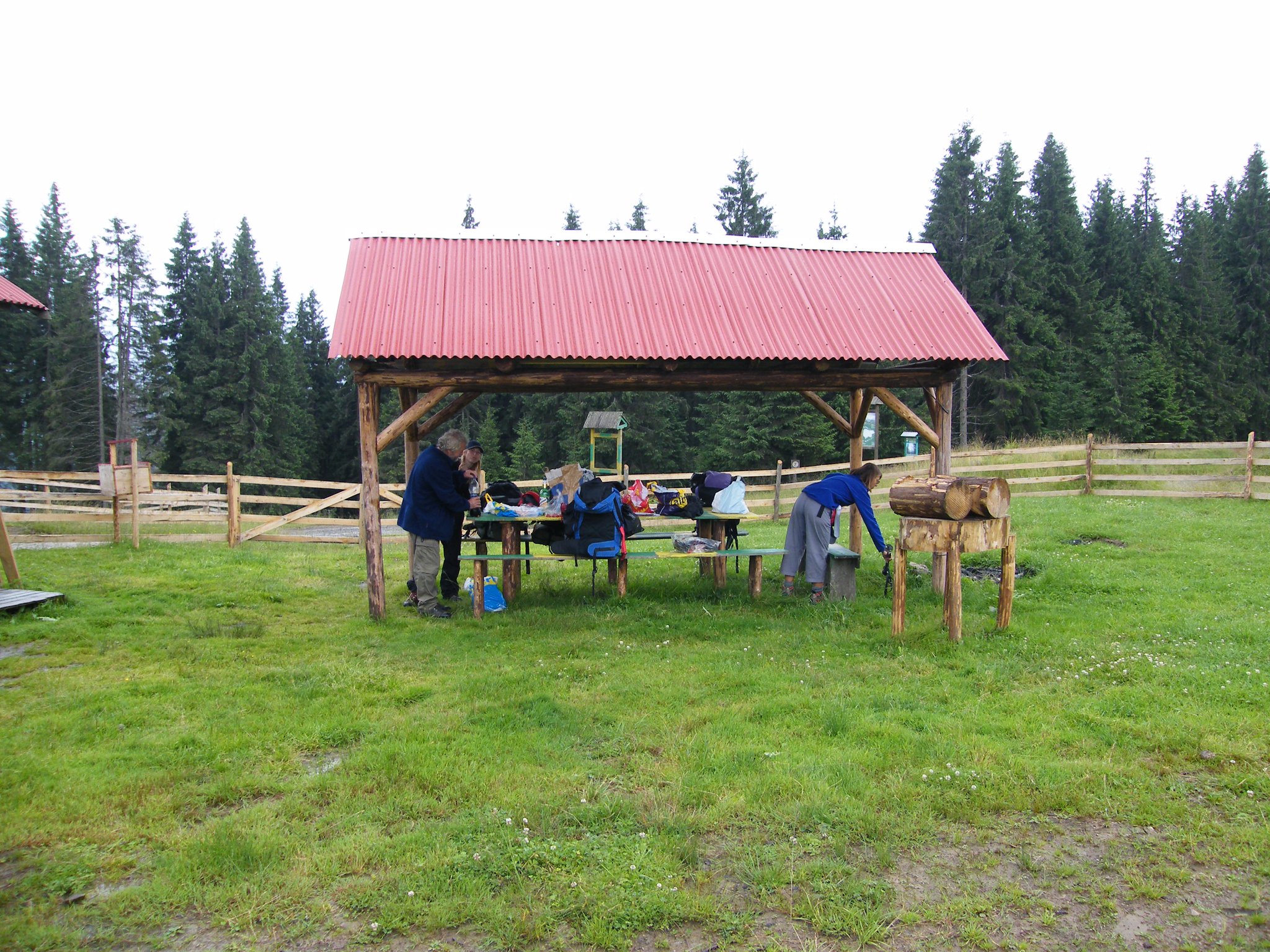 "We're not on a hike to sleep in a luxurious room," the mistress scratches my ear to make it clear to everyone that I have priority over her comfort. As we move the unwrapped provisions to the second shelter, the gray sky darkens, even though it's only in the afternoon. Moisture floats in the air. Grandma Jana doesn't want to go under the gazebo, she would rather choose a tent, but she was outvoted. 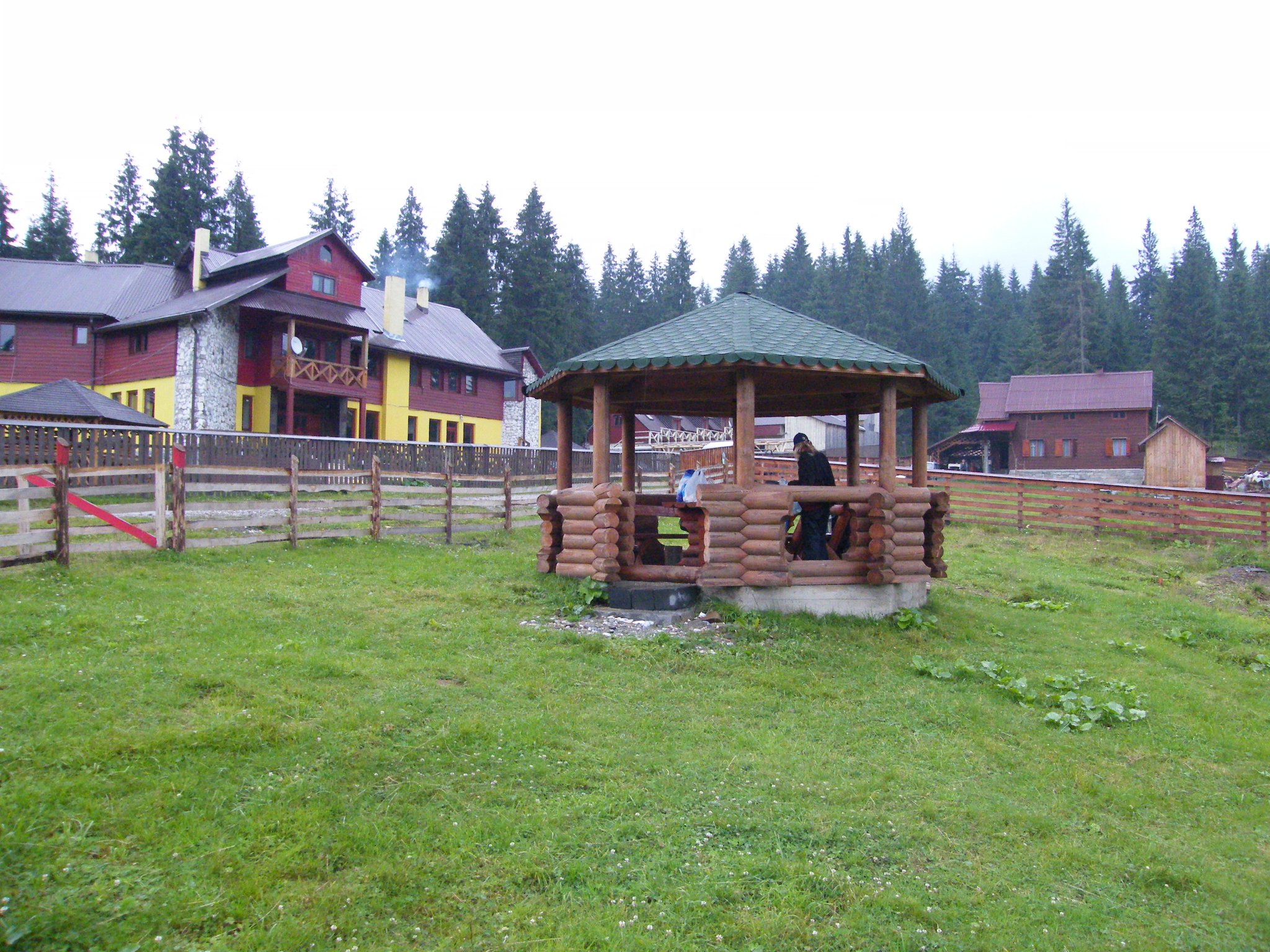 "I don't like the weather very much, I'd rather start packing," he suggests.

"What for? We will hide here beautifully. Let it rain calmly, it's big enough here that we don't get wet, "Grandpa Laďa opposes as he studies the cloud biting into the mountain ridge.

"I've never seen a cloud like this," says the owner, moving parts of our equipment under the roof.

"Yeah, it's weird from the bottom," the rest of the expedition agreed.

"We are still so beautifully hidden," Laďa praises, on the contrary, Jana crunches to move and pack as much as possible. 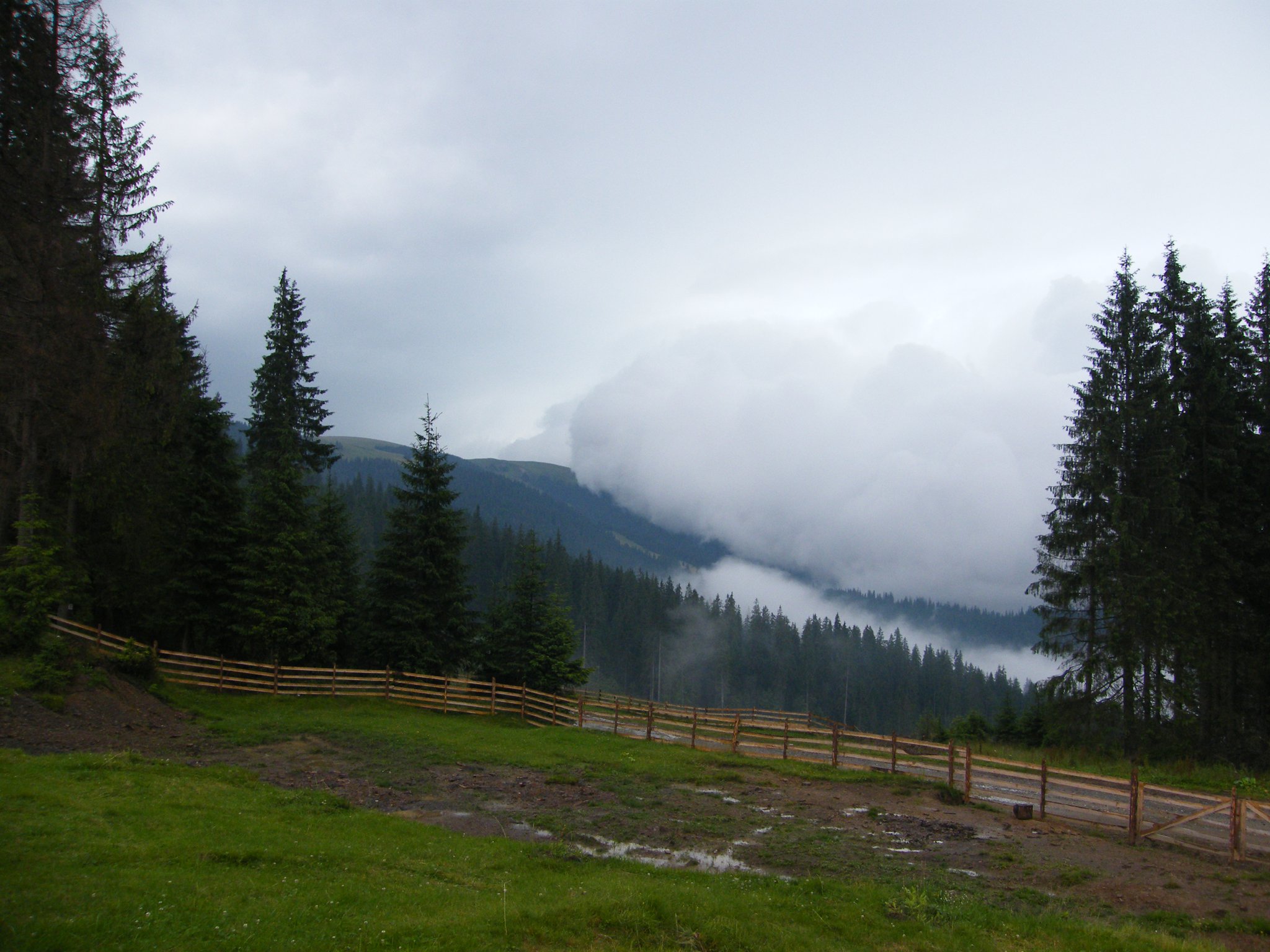 The white cloud rolled faster than anyone expected. Maybe except for me, I hunch in benign anticipation under the table, to which everyone else is gathering together, trying to hide from the great drops of water. Slowly it becomes clear that for the night this dwelling will not comfort us. Panecek therefore sets out in time to find out other accommodation options than the hotel where I am not allowed. He is sorry for the others, but he has no idea that he will become the driest member of the party. The rain is ruthless and slowly occupies a larger and larger area of ​​our shelter. I look at a lady huddling behind a wooden bench. Grandma Jana lays down her luggage in vain to keep at least some things dry, and Laďa shows off stunts while hanging from the roof beam, trying to escape the wet. The storm has reached its peak and the gazebo resembles a Wapka that does its job perfectly and with refinement. The rain whips us from bottom to top and therefore leaves no dry hair even on Laďa, who has his head directly at the ceiling.

The first sign of a slackening rupture is visibility. Whether it's still raining on us, because we are soaked on the skin and it is a dog to say. On the other hand, we can see the gentleman crouching under the roof of the hotel. The laughing face reveals that the showers were spared.

"Don't be too happy, you have things here too!" The mistress calls to him as she leaves her dysfunctional refuge. 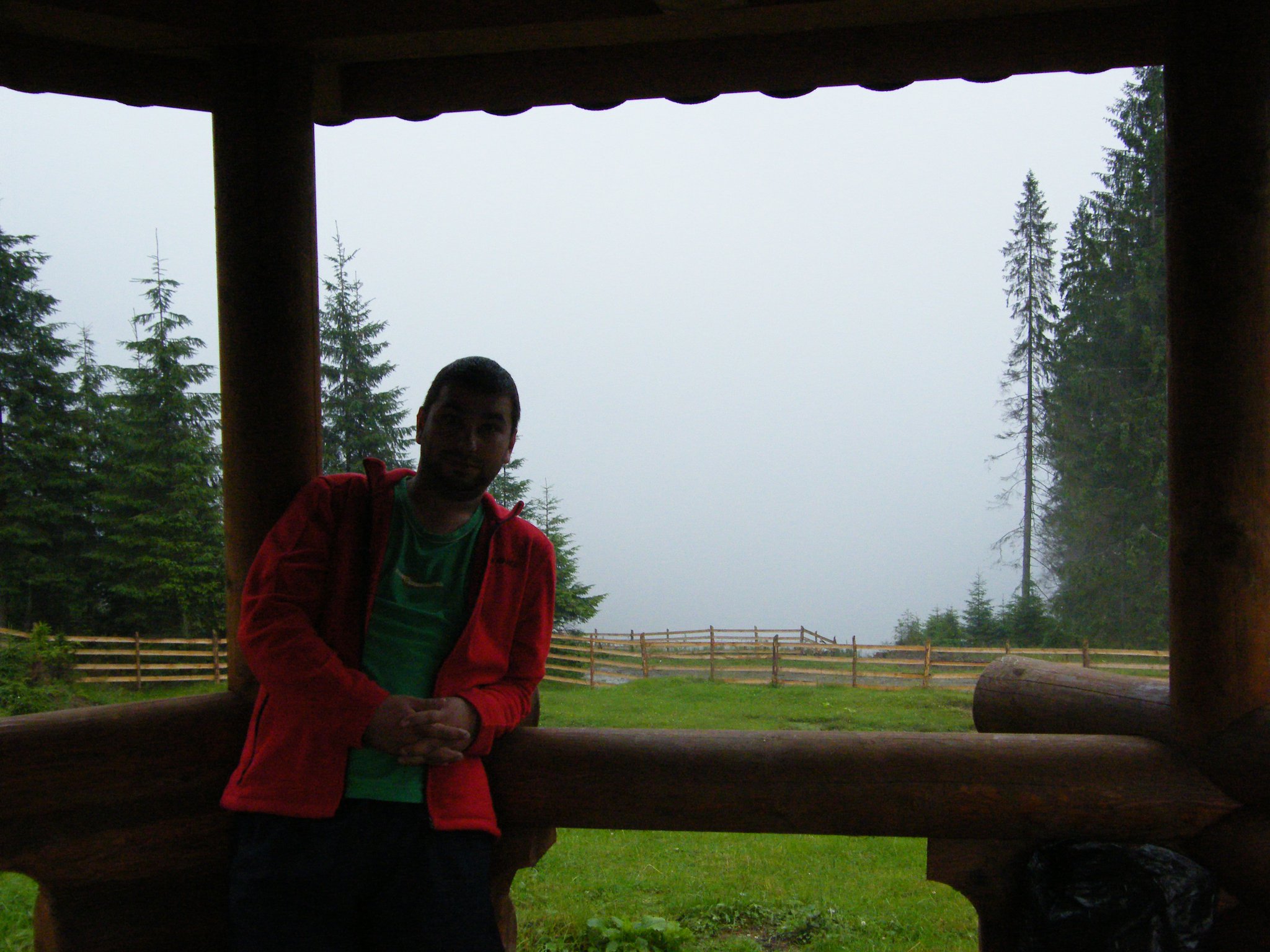 In the end, everything is really wet, from food to sleeping bags, and only because things weren't safe in plastic bags and in clad backpacks. Mr. "hotelier" could praise how easily he got new guests and I had no choice but to accept the night in the boiler room. It must be admitted that the master was very kind and, in addition to a reasonable price for bipeds, he also arranged a blanket for me. Don't worry, in the two days we spend here, I will completely change the view of the locals on the dogs. Haf! ;-)

OTHER FAMOUS ARTICLES
Camping to the wild
The mountains
Nature
Camping 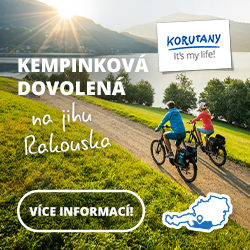 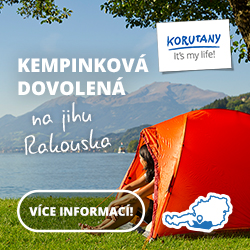 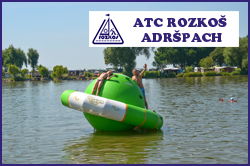 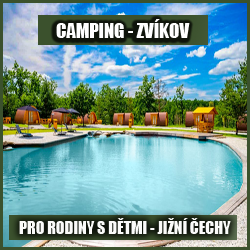 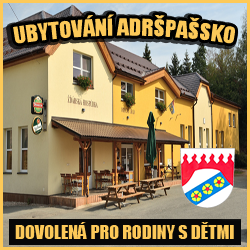 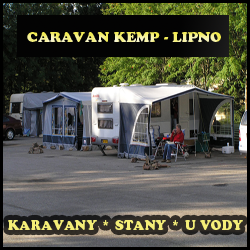 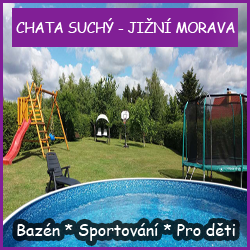