With the visit that came to Janske Lazne for the first weekend of my stay, we went to Snezka. It seemed like the weather wished, less than twenty miles to the parking lot in Pec pod Sněžkou, we did not drive by car in half an hour. And all in the dark weather. The sun was shining when we reached the bottom of the cable car. We therefore bought a one-way ticket to the top of Sněžka, because we planned to take the second trip on foot. But it was ten minutes before we had to wait for the departure to pull. As soon as he arrived, he began to drift a little, and when we were halfway, he licked like a can, the weather was totally ruined, the sky was covered with dense gray clouds, and the "panoramas" we were looking for was the one there. 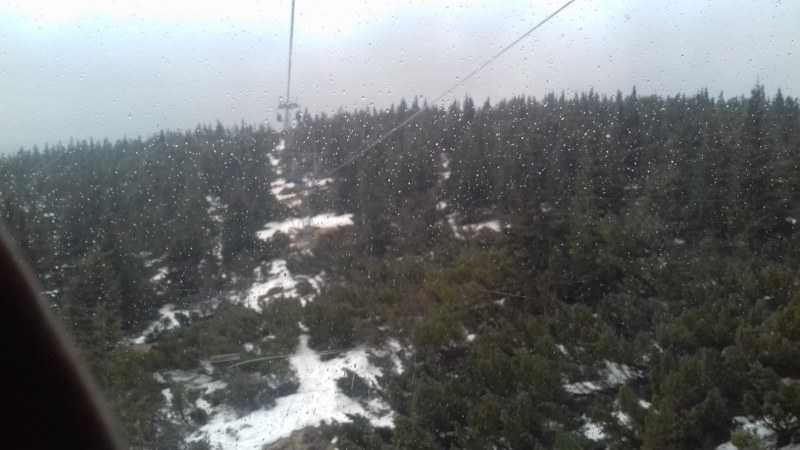 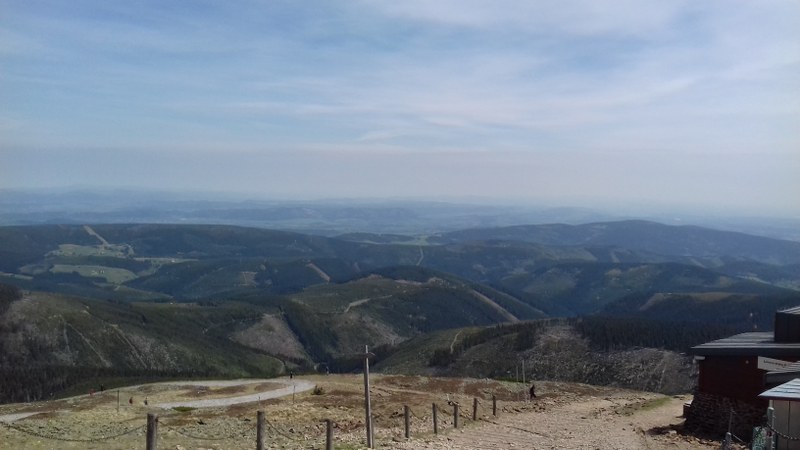 On the way out of the cableway, not only a nice pile of snow was waiting for us in Sněžka, but especially rain and a strong wind that pushed us quite nicely or prevented us from walking when we changed direction and tried to see something on the other side of the mountain. With the passing minutes, unfortunately, less and less were seen.

Gradually, it was almost impossible to see, so there was nothing left for us to resort to the Agnieska Poštovňa, which burst at the seams, where we did not throb with a hot welder that warmed us nicely. The post office is in the Czech Republic a non-elevated building. Her name was given to Anežka, according to the fact that the architects, who created nine different designs, named the names with names beginning with A. No, and the competition was won by Agnes.

Even though we waited for hours, the weather did not improve. In the rain and the wind we did not want to walk down, so we wanted to buy another ticket and down in the dry and relatively warm cable car.

In about ten days I went to Snezka for the second time with another visit that came to me. Even though the two trips actually separated only a few days, the difference was diametric. On the second attempt of the weather, it was first, after the snow was not even Sněžka sights, we did not need to warm the welding, we enjoyed the beautiful "panoramas" and we went down the path.

So, when I summarize, the second exit (more like a trip) to Snezka was successful, just because of the terrain on the way down, for a few days the legs really hurt ...